THE HISTORY OF MADRID THROUGH TEN CRUCIAL MOMENTS

Yeah, we know. Our eyes just light up like a Christmas tree when we talk about Madrid don’t they? (We’ve been told a couple times). A sense of pride comes rushing over us when we speak about our precious and wonderful city. We have that Madrileño pride flowing through our veins, what can we say?
So today it’s about time we tell you about the history of Madrid, the city where CATS was born all those 15 years ago (God we’re old), so prepare to hear of the happenings of the past.
Don’t get us wrong, we know history can sometimes be boring AF. We’ve aaaaall had that ancient history professor in school who used to snore during exams, or we’ve got fed up of watching a never-ending documentary on King What’s His Name the Millionth. We get it, don’t worry.
So, we are gonna switch things up a bit for y’all. You’re about to read Madrid’s history how it deserves to be told: curious facts, only the most crucial information and a detailed perspective of all the hardships our city went through to become the amazing capital it is today. You’ll soon figure out why we’re so in love with it! Let’s get this show on the road!

Madrid is a European city that was born within an Arab fortress, that was built by Emir Muhammad I of Córdoba (852-886) next to the river Manzanares. The community was originally named ‘Mayrit’, alluding to its numerous streams and groundwater. It is no coincidence that the motto of the city was later “I was on built water, my walls are made of fire”. Almost a century later, the city was reconquered by the Christians. However, all the different existing cultures living in the area managed to coexist nicely for a period of time (very like our Madrid of today!). Only a few small traces of the fortress’ great wall are still preserved. 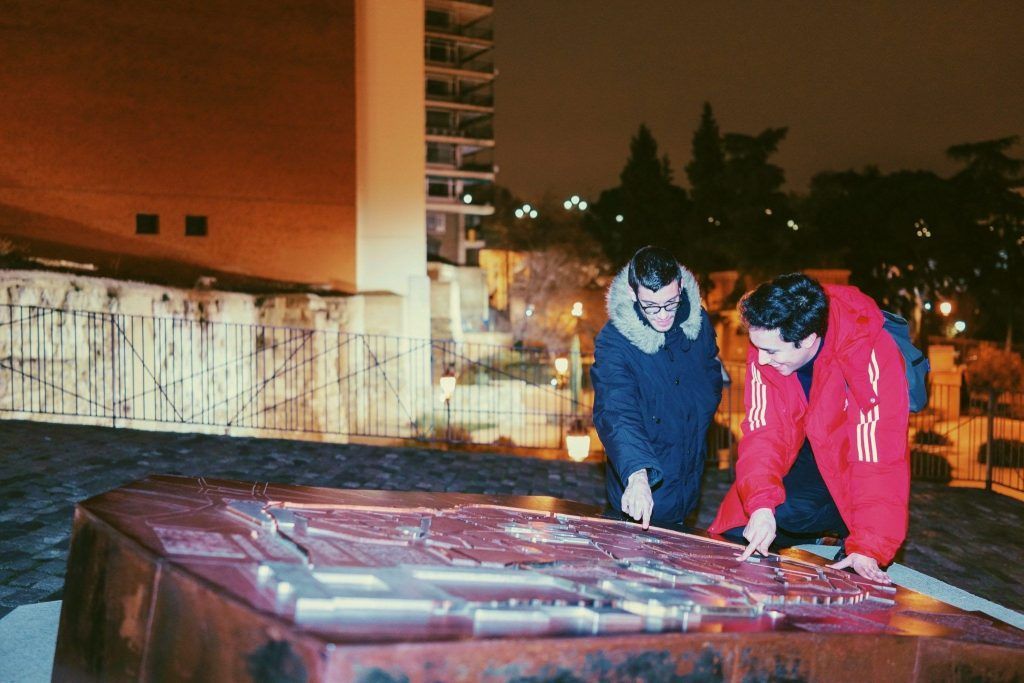 The Christians of northern Spain continued conquering Al Ándalus (Muslim territory in Spain during the Middle Ages), and then settled in Madrid. In the year 1561, King Felipe II moved the Spanish capital from the stunning city of Toledo (highly recommended for a visit!) to Madrid, sparking a period of rapid urban growth … and cultural excitement. Madrid’s well-known Barrio de las Letras neighborhood became the home of the most relevant creative leaders of Spanish culture of that era: Lope de Vega, Calderón de la Barca and a certain Miguel de Cervantes. El Barrio de Las Letras was seen as Madrid’s version of France’s Montmartre or England’s Shoreditch, only centuries before. During this time, the jaw droppingly beautiful Barrio de los Austrias neighborhood also came to life, as the central and monumental area it is known as and loved for today. It’s always the perfect moment for a stroll there.

The Royal Family that today STILL REIGNS in Spain came onto the scene back in the 1700s (as you are probably imagining.. No, not on horseback fighting dragons, although that would have been pretty cool). The fourth Bourbon majesty was Carlos III, who was proclaimed the ‘best mayor of Madrid’, and he really was just that. Good old Carlos was quite the absolutist and rather a despot, but he did surround himself with the most key influential people, who helped him design a new city (just as well). The king launched a huge urbanization plan and, under his reign, some of the most emblematic attractions of Madrid were created: the Cibeles Fountain, the Neptune fountain, the Alcalá Gate (or Puerta de Alcalá), the Botanical Gardens, the San Carlos Hospital (which is today the Reina Sofia Museum) and the Prado Museum, to mention a select few of the Madrid attractions. This is when Madrid really did hit the big time. 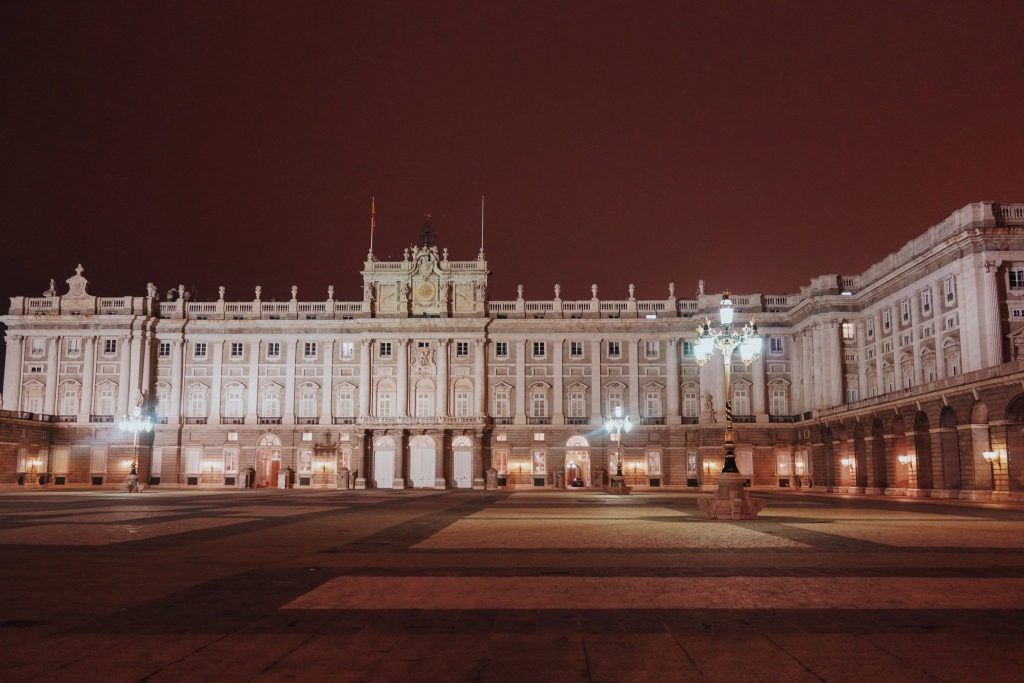 Hold onto your hats because this story is a bumpy ride! So, in 19th century, 1807, the sneaky little snake we all know as Napoleon Bonaparte conquered Spain when he passed through with his troops “on the way to Portugal” (Yeah, right, Napoleon). After taking over half of the country and, of course, Madrid, he forced King Fernando VII to abdicate (We’ll be real with you – he wasn’t the smartest anyway). Then, Napoleon placed his brother Joseph Bonaparte on the royal throne, whom the Spanish started calling Pepe Botella (Joseph Bottle), because, quite frankly, he was a raging alcoholic! Seven months went by like this until on May 2nd 1808, the population of Madrid got super tired of it all, and rose up against the Frenchmen. Napoleon’s troops retaliated with extreme cruelty and provoked a massacre in Madrid. BUT, this revolution marked the beginning of the end of Napoleon’s reign. The people of Madrid set the scene for other uprisings and the subsequent War of Independence. In 1814, Spain was finally liberated. Napoleon wrote from his final exile destination: “This cursed Spanish War was the first cause of all the misfortunes of France: it destroyed my moral authority in Europe”. Madrid is still full of monuments, artistic masterpieces (Goya is a big name) and enclaves that pay tribute to those martyrs of 2 May 1808. 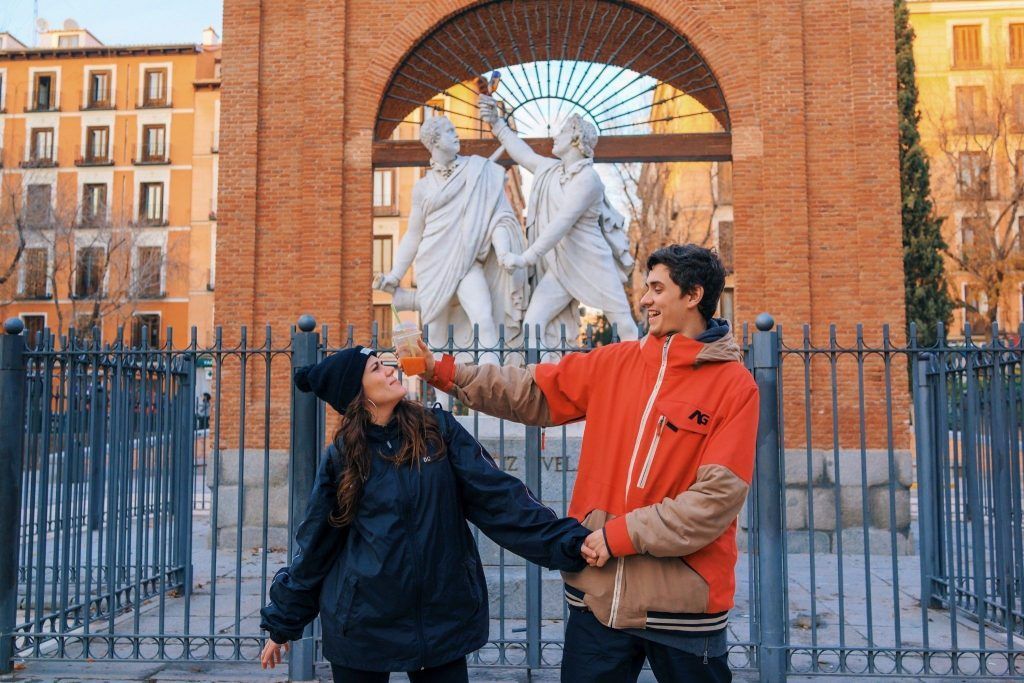 Spain was reborn after the end of the Independence War, and the country was once again open to soak up new cultural influences from around Europe. Madrid came to life once again. The city was crawling with theatres and busy cafés, and many newspapers came onto the scene (some still print issues today), as the city reclaimed its position as the Capital of Culture. During this time, the Central University, the Palace of the Royal Courts, the current Congress of Deputies, and the railway and tram networks were all created. To give you an idea of what Madrid was like back in those days, hit up a bit of literature: we recommend novels by Pérez Galdós and Baroja. 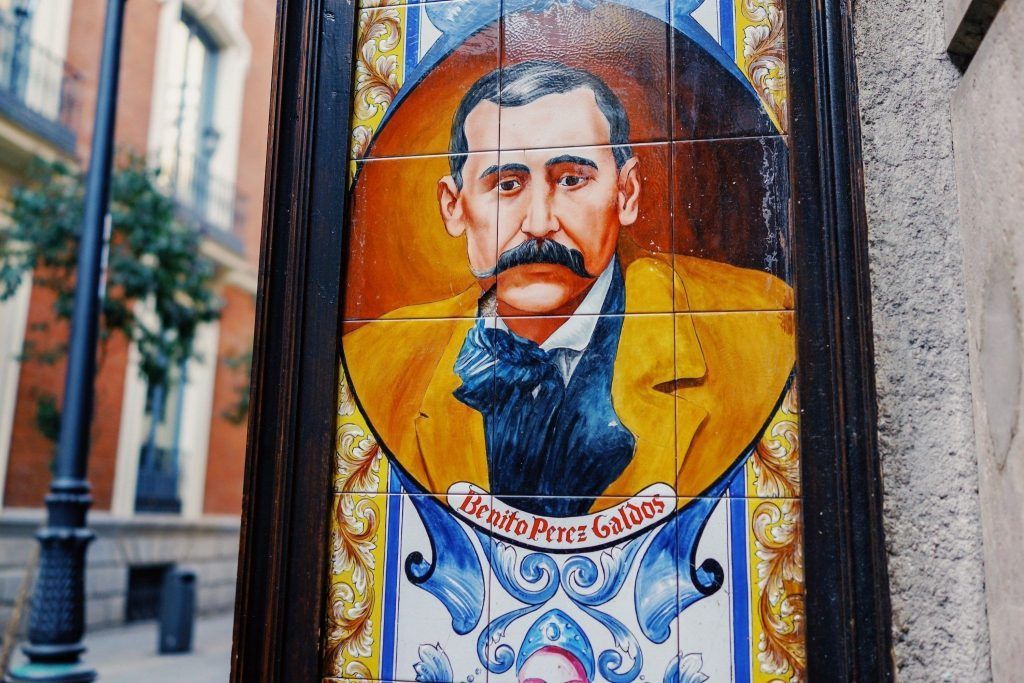 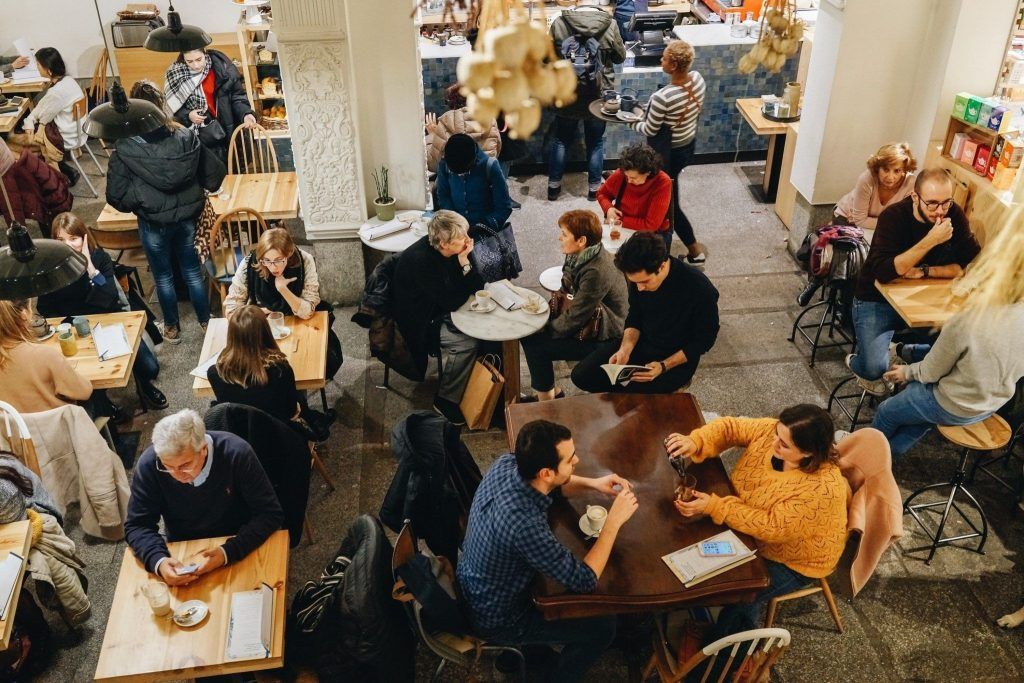 Those progressive years passed by, but not without moments of political tension and the occasional rebellion. The 1920’s saw the creation of Madrid’s Metro system, as well as our own little answer to Broadway: Gran Vía of course. But all of this growth and advancement came to a sudden end. In those days, the Spanish Republic was based and centralized from Madrid… which is precisely where general Francisco Franco carried out his coup d’état, triggering the Civil War… An incurable wound in the history of Spain. The country was utterly and completely divided, families were torn apart, neighborhoods suddenly began turning against one another… Madrid became the main republican stronghold during the war, and put up a hard resistance until 1939. The city was eventually obliterated, and the Metro turned into the place of refuge for the civilian population in the face of constant bombardment. 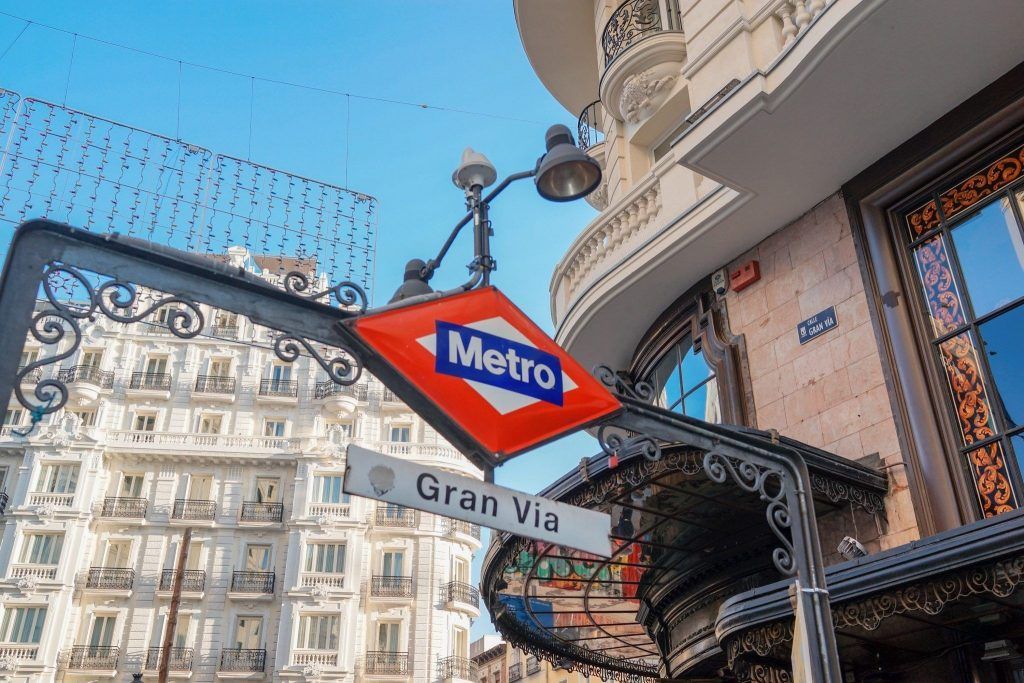 These were some bleak years for the history of our country, and of course the history of Madrid. Repression, conservatism and control were everyone’s day to day for several generations. Seeing as Madrid had been a focal point in the republican movement, the city felt the wrath of dictator Franco full on, and many many people were forced into exile. When the 1960s came around, Madrid began putting on a brave face for the rest of the world, as if to say: “hey, we’re not that bad you guys”. During this decade there was a clear desire for modernization within Madrid, with key constructions such as the Edificio España, Nuevos Ministerios or the Plaza de España materializing throughout the city. Construction on Madrid’s business centre in Azca was also approved, so that Madrid could have its own financial business district, like other cities. We wanted to belong to modern day Europe…except we didn’t have the freedom of other cities.

This countercultural movement that swept Madrid off its feet began after Franco’s death in 1975. Many new forms of expression came flooding into Madrid. This phenomenon caused the Madrileño youths to experiment with their freedom and licentiousness – what a word hey? The Malasaña or Lavapiés neighborhoods were where it was at, back then. The most symbolic characters of the Movida are still present today in many ways. Does a certain Pedro Almodóvar ring a bell? 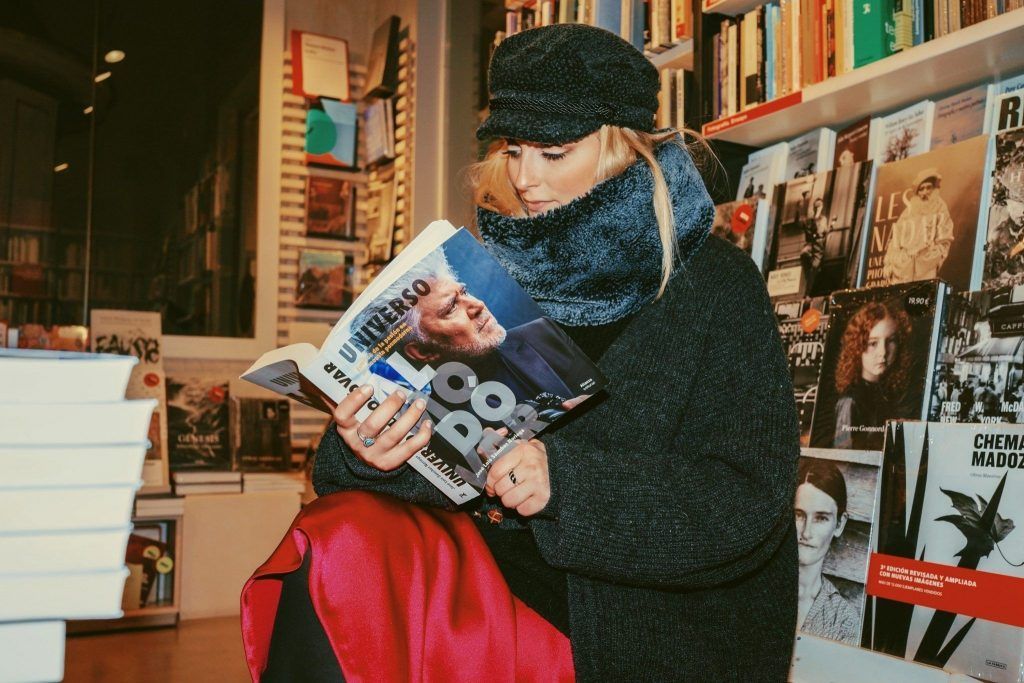 One of the single darkest moments in the history of Madrid. On March 11, 2004, Madrid suffered the second largest terrorist attack in Europe. Four trains were blown up on their way into the city. Students, workers, the elderly, and immigrants… were some of the 193 people who tragically lost their lives that day. After this terrible incident, the people of Madrid showed what they were made of. 11 million Spaniards came together against the acts of violence. Scattered through Madrid you will find a number of memorials dedicated to this sad day that changed the country forever. If you wanna take a look at one, head to Retiro or El Bosque del Recuerdo (best parks in Madrid) or to Atocha central station, the main scene of the tragedy. 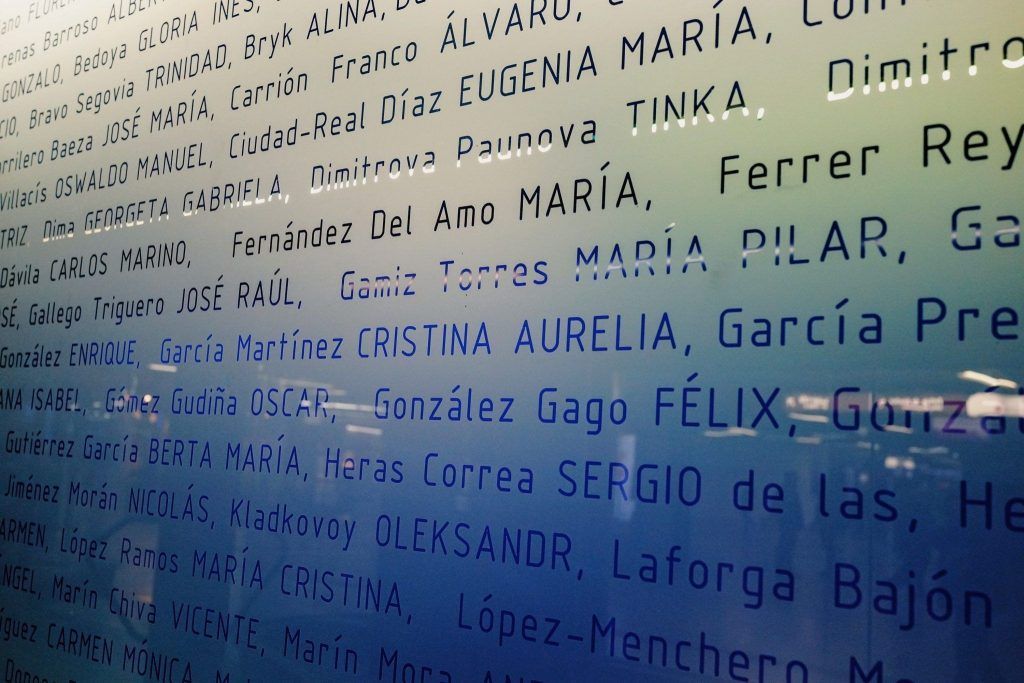 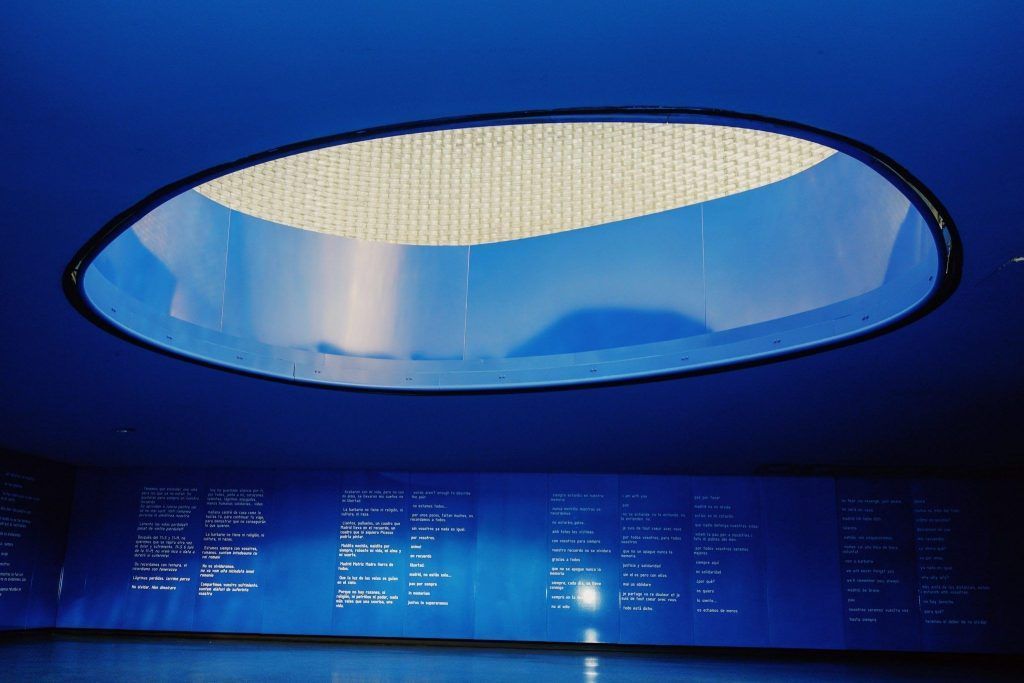 10- The history of Madrid will be written in the future

The Madrid of the future starts with the Madrid of today! This beautiful city is ever changing and evolving into the best version of itself. Who knows what’s in store… But let’s hope for a greener Madrid, with fewer cars, more equality and a more avant-garde feel. That could do the trick. But what really matters is that Madrid’s essence lives on forever: our streetwise joie de vivre, with open arms to welcome all new visitors, just like you! 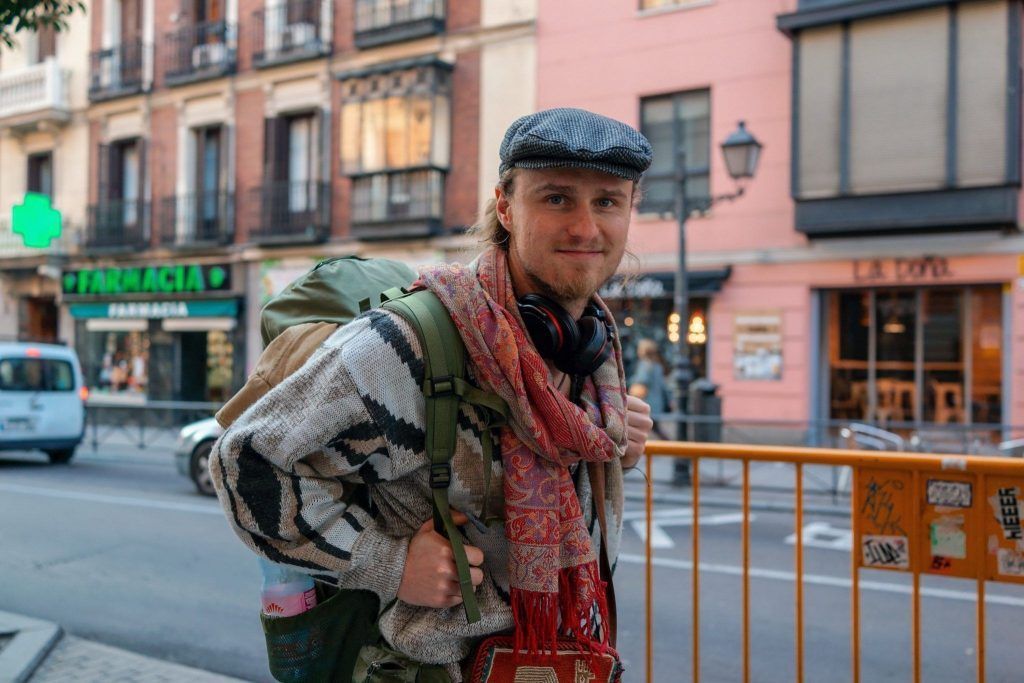