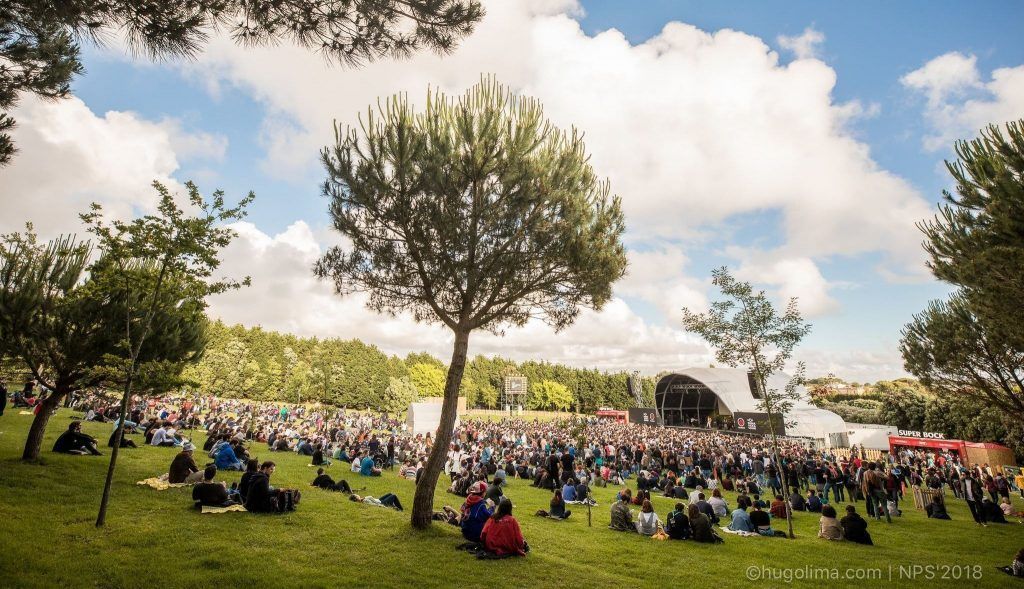 Summer means music festival and surf lessons on the beach… but why choose one of them when you can have both? We know about a place between the sea and the city, which is perfect for this type of event. A city very dear to our hearts as it is the home of the third Cats hostel.

The city of Porto is the perfect “stage” for your summer adventures. Imagine spending your morning walking around the historic district, which is a Unesco heritage site. And enjoying an evening of eclectic sounds in an outdoor festival surrounded by cool people. With the beach nearby to go for a swim the next day and recharge (read here about the most spectacular Porto beaches). Does it not sound amazing? Here are 5 ideas to plan a getaway and enjoy Porto music festivals! 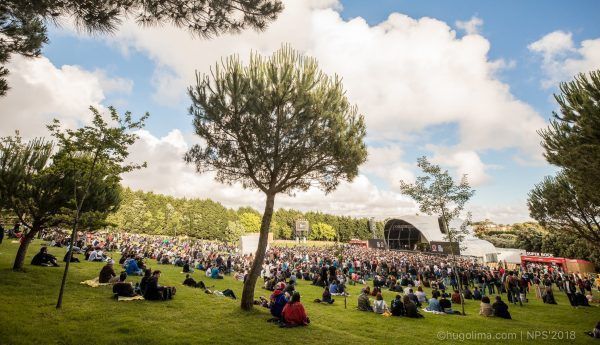 This is the Porto music festival that has made the city known internationally. The little brother of Primavera Sound in Barcelona, ​​but it’s not that little honestly, gathering 75,000 attendees in their last two editions! With a smaller audience than Barcelona’s festival, the organizers want to keep it this way. The festival is meant to be smaller, created with more care, and with gourmet food to top it off. It’s for festivalgoers looking for something different, like our Cats travelers!

This ninth edition will once again take place in the Parque da Cidade, the largest urban park in the country! It is easily reached by public transportation from the center of the city. Or, if you’re excited about bikes, you can use the flat bike lane while thinking of the river and the sea! You can leave it in the bike park at the entrance.

And what kind of music will you find there? Something you’ll love, for sure! It can be Tyler the creator ‘s hip hop or the alternative pop-rock of Beck on Thursday. Lana del Rey and her indie pop, and Bad Bunny ‎and his latin trap‎ and ‎reggaeton head the list of names on Friday. And Pavement, King Krule, Dinosaur Jr. and Bag Gyal, will headline the closing day!

If you are already practically sold with the lineup, let the beautiful scenery do the rest!

Matosinhos is a fishing town just a few kilometers from the center of Porto, famous for its white sandy beaches, and especially popular among surfers, bodyboarders and kitesurfers. In June, it also hosts Europe’s largest beach party. For real! With its stages, lights and even pyrotechnics!

Galp Beach Party is the Porto music Festival that takes place right on the beach. It gathers some powerful names of the electronic scene and their fans on the beach of Aterro Norte. With a very Dutch line up, you’ll dance with the duo W&W, or the dj Oliver Heldens, but wait for it, also with one of the best electronic artists in the world, the producer and DJ Armin van Buuren. But a king always needs a queen, and this year it will be the top Mexican artist Mariana BO. Tickets are on sale from only €25. MORE AFFORDABLE, IT’S IMPOSSIBLE! 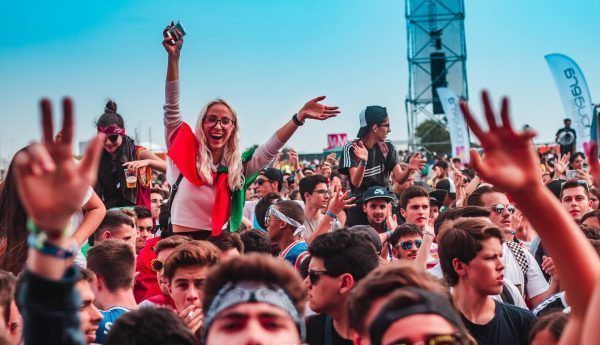 Elétrico festival will fill for the third time in a row the Parque da Pasteleira with its good energy. Expect three days of music, dance, and art: three areas innate to contemporary Portuguese culture. The lineup has yet to be confirmed but you can expect good electronic and house music. Some of the names from last year were Inner City, Marcel Dettmann, Matthew Herbert, and Theo Parrish.

Like any good festival, there are ​​food trucks and a much-needed rest area for you, intrepid travelers! But for proper rest, please come to Cats Hostel Porto once it’s finished, just half an hour from there! Yup, This festival is super close to the historic city center, so you won’t have any problem hitting all the tourist sites in the morning, before going to fully connect with nature, urban art, and music in the afternoon.

A fun fact: Elétrico is the name by which typical Porto yellow tram is known! 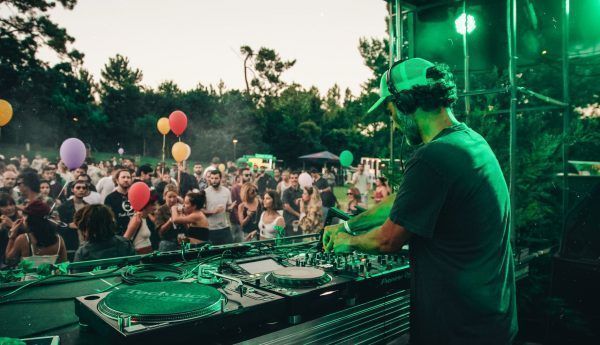 Vila Nova de Gaia (better known as Gaia) is just opposite the city of Porto. Due to its proximity, many are unaware that it is a distinct Portuguese city. Actually, you just have to cross the bridge and get to the other side of the river! Here you will find wineries, fishing villages, and this magnificent festival with the capacity for 50,000 pop music fans.

There are five stages each with their own space so that several environments can be created. The festival’s signature views have the Douro River and the Atlantic Ocean as a backdrop. This year’s lineup is consists of acclaimed artists such as Kaiser Chiefs, Snow Patrol, James Arthur, Liam Payne, Anitta, Maluma, and Jessie J.

The daily passes cost €40and the 3-day passes are sold for €75, which makes it one of the cheapest summer festivals. With the money you’ll save, you won’t feel bad for going on a little fashion shopping and buying an authentic festival outfit, would you?? We bet you can find something in any of the vintage shops in Porto!

And what an awesome trip to Porto be without also escaping north to one of these legendary music festivals in the surrounding area? They both have a camping area, but of course, we offer our comfortable beds in Porto for you to stay prefestival or postfestival!

The Vilar de Mouros Festival is celebrated in the northwest region of Portugal in a village of the same name. The first festival was held in 1965, following the lead of other folklore events of the time. By 1971 it was so big that it was considered the Portuguese “Woodstock”!

It is a festival that brings together several generations, with hits of the past from legendary artists, but without forgetting the emerging artists. This year’s performances will be a delight for rock & alternative music fans. Limp Bizkit, Iggy Pop, and Placebo join an always eclectic line-up. More artists to be confirmed!

There will be two stages, a lounge area for reading and rest, and a camping area with a breakfast zone. The location is especially appealing in the summer: it is on the banks of the River Coura, so you can take a dip before going to dance and give your all! 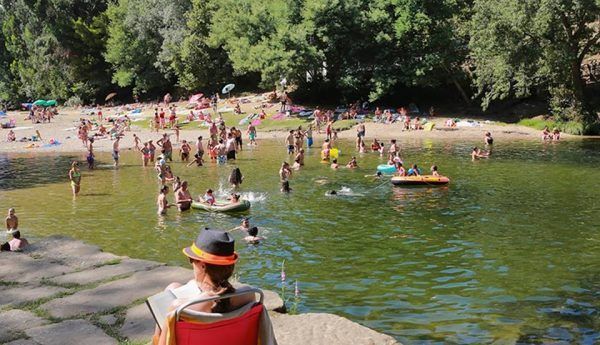 The oldest and most charismatic Portuguese festival so we could not fail to mention it, even if it means traveling from Porto. Something you won’t mind at all when you see the area where it’s located. The main stage is on the side of a hill, which offers great visibility from several points. And the camping area is next to the riverside beach of Taboão, a spot on the banks of the River Coura, in the village of Paredes de Coura… an idyllic setting!

There’s a lot to listen in four days, like Daughter, Pixies, Princess Nokia, Floating Points, Mac DeMarco, Parquet Courts, or Soulwax, among others. The audience of this festival is national and international, and one the most respectful and dedicated – and with an awesome rock and alternative music taste, of course! The good atmosphere and tranquility are shared equally. If you want to listen to music surrounded by trees and good people, don’t think twice! 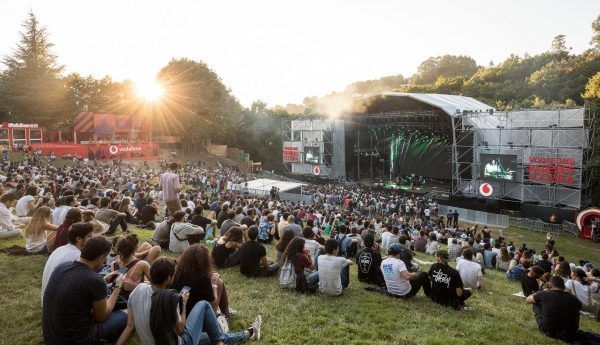