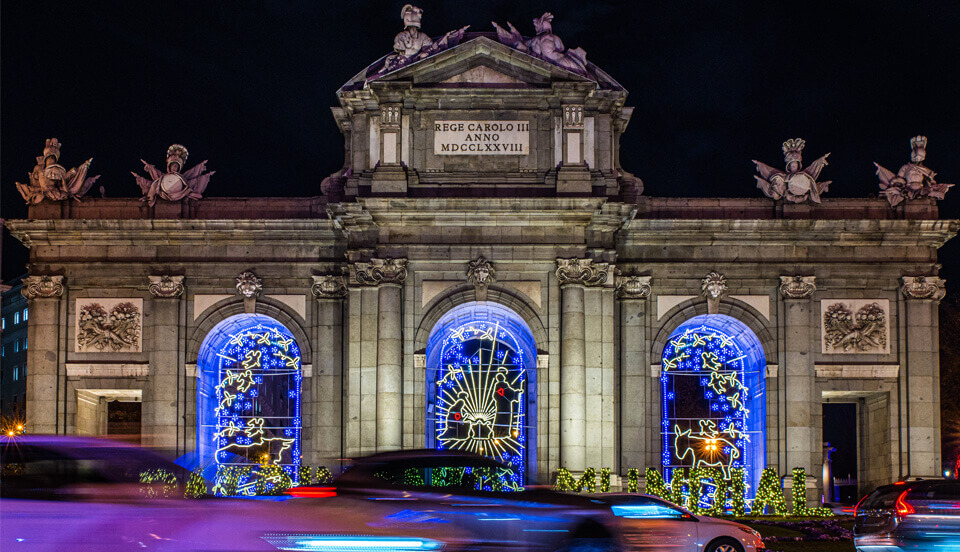 The Three Wise Men are coming, it is a fact, are you excited? I hope you have behaved the whole year my friend! Doing it just the days before they come doesn´t work. Just so you know.

Their Majesties the Three Wise Men are already preparing their route to see all the children, and many adults, of Madrid. They will pass through the city to greet everyone and then fill the night with magic and presents. GIFTS!

If you are one of those who want to go to the parade, before explaining where and when, we are going to give you some tips so that you can make the most of this experience with Their Majesties.

– We advise you to go a few hours before the parade to get your spot so you don’t have to be in the middle of the crowd but watching the parade on your mobile phone, it would be very sad.

– Madrid has more than three million inhabitants. And it’s not just any event, it’s the parade of The Three Wise Men. What do we mean by this? Take public transport and enjoy the atmosphere.

– Wear comfortable clothes, you can spend several hours out there and be prepared for the cold and rain. Remember that it is January and then clearing the area usually takes some time. So don’t rush and let yourself be enveloped by the magic of their Majesties.

– The umbrella is for the rain. Not so you can turn it upside down and get more sweets. Be careful, such an act of greed can ruin a whole year of good behaviour. The Three Kings will be watching you. And closer than ever.

The Three Wise Men will arrive by helicopter on the afternoon of Thursday 5 January at around 16:30. Is this the most spectacular thing? Not by far. The best part is when they start their journey at 18:30 from the Plaza de San Juan de la Cruz.

From there they will go along the Paseo de la Castellana passing key points such as Plaza Gregorio Marañón, Glorieta Emilio Castelar, Colón and Recoletos. They will arrive at Cibeles between 20:45 and 21.00 to get their message across to everyone. Then there will be fireworks, music and lots of light and fun.

Do you think they will go alone? Not at all. Remember that this is the biggest parade in the country. They travel accompanied by huge retinues of helpers, pages, magical beings, musicians, dancers, magicians, and a whole entourage from the Far East to make their journey. In addition, there will be representatives of the Municipal Police on horseback, Samur, Civil Protection, EMT, Fire Brigade and the Guardia Civil with the bugle band of the Cavalry Squadron.

You will see lots of magic, light, colours, floats and lots of joy. Go and wake up your inner child because you’re going to have a great time.

Along the route you will find 7,000 seats. But it’s going to be something to look at but not touch if you haven’t booked well in advance. So you can look at the stands all you want, but if you haven’t done your homework, you’re stuck standing. Although it’s better this way, you can get more sweets.

Route of the parade:

To give you some context, don’t think that this will be the only thing Christmas has to offer. From 25th November, lights and colours will flood the capital until Epiphany. Millions of lamps and bulbs will decorate the streets and neighbourhoods of Madrid to make you dream.

Here’s when you can enjoy the lights each day:

What can we expect this year? If we take a look at what we saw last year, we can get an idea of what to expect. What a thrill!

The timetable and route was the same as this year. The theme revolved around the Auto de los Reyes Magos, the oldest theatrical text preserved in the Spanish language. In it the three Wise Men appear for the first time.

A Dundu (giant of light), representing the love of the grandparents of Madrid, walked, accompanied by the royal emissary, along the Castellana towards the Plaza de Cibeles. There he met his granddaughter Carla to show her the magic of Christmas.

With the motto The Universe above our heads, a group of celestial bodies, including planets and many bright stars, paraded in a starry sky. The Wise Men were studying it and discovered a new star; the Star of the East. They came to the conclusion that it heralded the birthplace of the child Jesus.

All this symbolism was represented in the parade by 15 riders from the Policía Municipal Cavalry Squadron and three dancers from the Italia Studio Festi Company representing the sun, the moon, the sky and the stars.

The Vulcano company offered a fireworks show with the theme Our Destiny, by Tomas Bergenshen, as a soundtrack to end the 2022 parade. Ready for 2023?