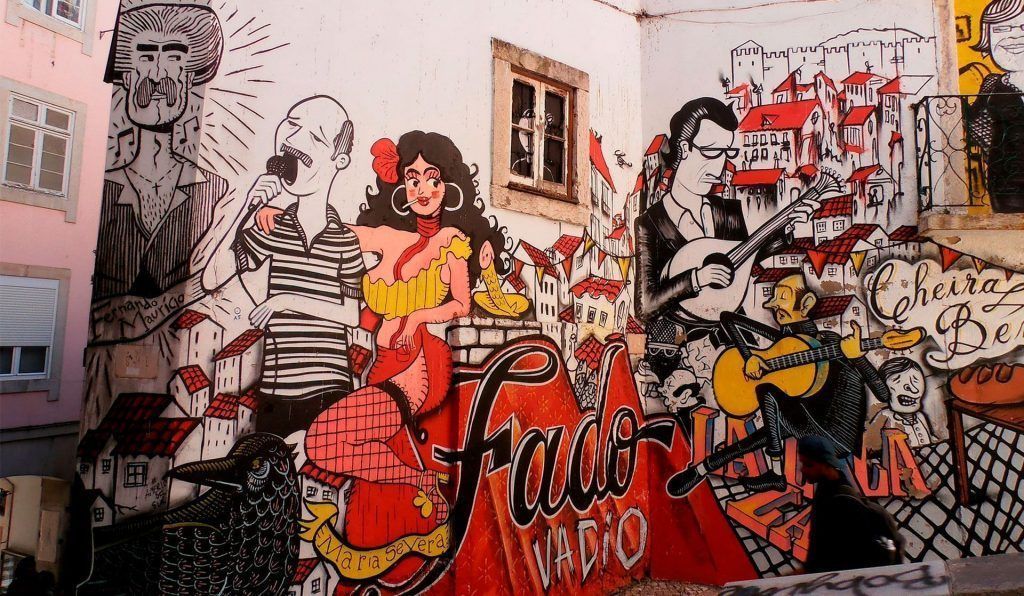 PORTO’S BEST SECRET SPOTS TO ENJOY A NIGHT OF FADO

Soooo friends. We’re elated, filled with joy and feeling somewhat ‘saudade’ (we’ll go over the meaning of this word in a bit) to introduce to you one of Porto’s top artistic features in this post. Dear travelers, it’s time to get your facts on about FADO.

Us nice guys at Cats want to share with you all our knowledge on this magical heritage of Porto, so you simply do not miss out on an evening of this musical delight, it’s THE thing to do as a traveler in this wonderful city. We wanna make sure you are a life-long fado expert by the time we’re done with you!!

Introduction to Fado (VOL. I)

So let’s get down to business. Fado, for those of you who simply don’t have a clue, is the most well known popular folkloric music of the Portuguese peoples. Full to the brim with emotion, fado is a cultural representation of Portugal’s sentiment, and how the country prides itself on its melancholy. Let’s go a little deeper…

The musical genre of fado dates back to the end of the 18th century and was born in the most humble streets and port districts of Lisbon. This music portrays a message of the feeling of longing for what could have been. Once the radio was invented and became popular, Fado music spread throughout Portugal like wildfire. Oporto quickly turned into the place to be for thriving fado enthusiasts, and the city’s fado scene became an emblem of the whole country. It was the real deal.

Amália Rodrigues shot to fame as the ‘Queen of fado’, taking the music to new heights in the 50s, 60s, and 70s. She recorded over 170 songs and sold over 30 million copies, which is actually three times the entire Portuguese population, crazy right? Nowadays, the most famous fado artist, among others, of course, would be Lisbon’s finest: Mariza. She actually became famous through her tributes to the late Amália Rodrigues, isn’t that nice?

Fado’s style of music is always played to the tune of a viola and a guitar. The way the verses are so heartfelt and over-emotional is definitely one of its greatest characteristics. Raw and intimate passion is mixed with deep, deep sadness. It’s what it’s all about. That profound feeling of ‘saudade’ that has just basically become the whole identity of this wonderful country.

* Saudade: so this is a beautiful and untranslatable Portuguese word to express a melancholic longing or yearning. The word itself derives from the conjunction of “solidão” (solitude) and “saudar” (to greet).

In 2011, UNESCO listed fado music as Intangible Cultural Heritage of Humanity by for “being an intergenerational exponent and symbol of Portuguese identity”. Take that Country Music! (Disclaimer: we love Country too, don’t worry). 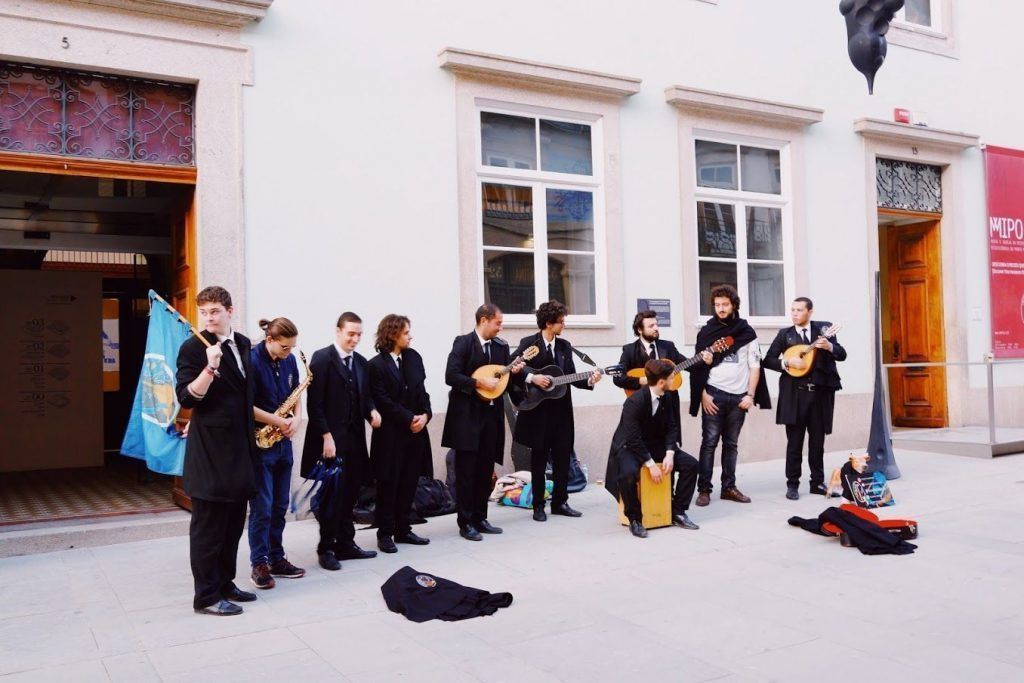 Ok, so we’re done droning on and on about how amazing the wonderful fado music is, now it’s time to point you in the right direction to see for yourselves!
Where can you enjoy an AUTHENTIC live fado performance in this beautiful city (having a glass of port wine), you ask?

After countless hours of hard work, calculating algorithms and carefully selecting crucial information from all kinds of surveys, we have come up with THE list of places where you don’t want to miss out on experiencing a live fado performance. These are actual, real recommendations that have been collected and put forward by the VIP experts of the city: AKA our wonderful staff. We have born and bread tripeiros (people from Oporto) and also international travelers who we’ve just simply adopted at CATS, who specialize in making your visit a magical and authentic experience. So… LET’S GO!

Let’s start with a good old classic, shall we? Casa Mariquinhas opened its doors in 1968, and is named after one of Queen Amálias songs. We’re talking about Porto’s most relevant and loved fado bar, which offers a range of top-notch live performances. It’s just a few minutes’ walk from Cats Porto (how handy!), in the surrounding area of Porto’s Cathedral. It blends into its medieval surroundings quite well, giving it that ancient and special feel. It’s currently owned by two great guys, one raised by a chef and the other by a Fado player, so just imagine what that combination can do! When you go to Mariquinhas for a night to remember, make sure you try the cod dish and the petiscos. You can thank us later!

Another mentionable HQ of fado music in Porto is the Adega Rio Douro, or as it is popularly known, the Tasca de Piedade, in homage to Mrs. Piedade Rodrigues, who has run the house for the last 40 years. This bar could be considered as our most affordable option, with a selection of typical homemade dishes (bucho, empanados, rissoles and other sandwiches). Tuesday nights here get cozy as the public crowds in for some live fado! Hence its name, the bar is located amid the magical atmosphere of Porto’s riverside. Adega Rio Douro is a slightly different ambiance from other Fado bars, as it is luminous, homey and cheerful.

Now we come up with a very special proposal. Casa da Guitarra explodes in the air the schemes of the fado in Porto. It is a shop (not a restaurant) specializing in stringed instruments of traditional Portuguese music, converted since 2012 into a temple of fado. It is a modern and groundbreaking space from which the tradition of the genre is brought closer to amateurs, young and old. And the PRO lovers of fado, you can also sign up for their school or guitar building workshops. Casa da Guitarra organizes shows of all kinds related to fado from time to time, which are now unmissable events in the city! 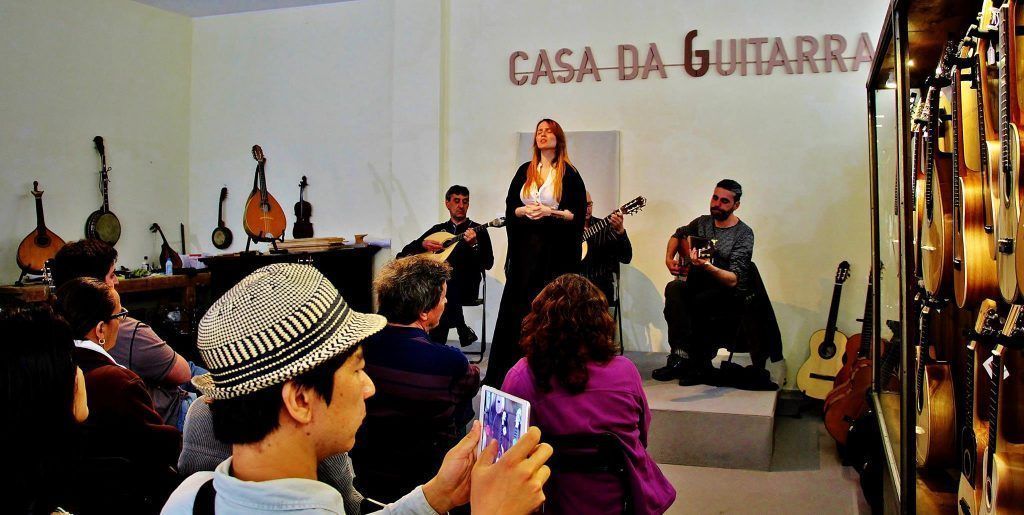 Another place of worship in the city is the Mal Cozinhado restaurant. And when we say cult, we do not fall short, as its walls are full of busts and portraits of the largest fado artists. Perhaps the most touristic of Porto, it is situated in a 14th century building on the banks of the Douro which oozes history on all four sides. ALL the legends of the genre have delighted diners over the years (Amália Rodrigues, Vicente da Câmara, Dulce Pontes or Ana Moura). The most recognizable option for visitors and the most orthodox show. 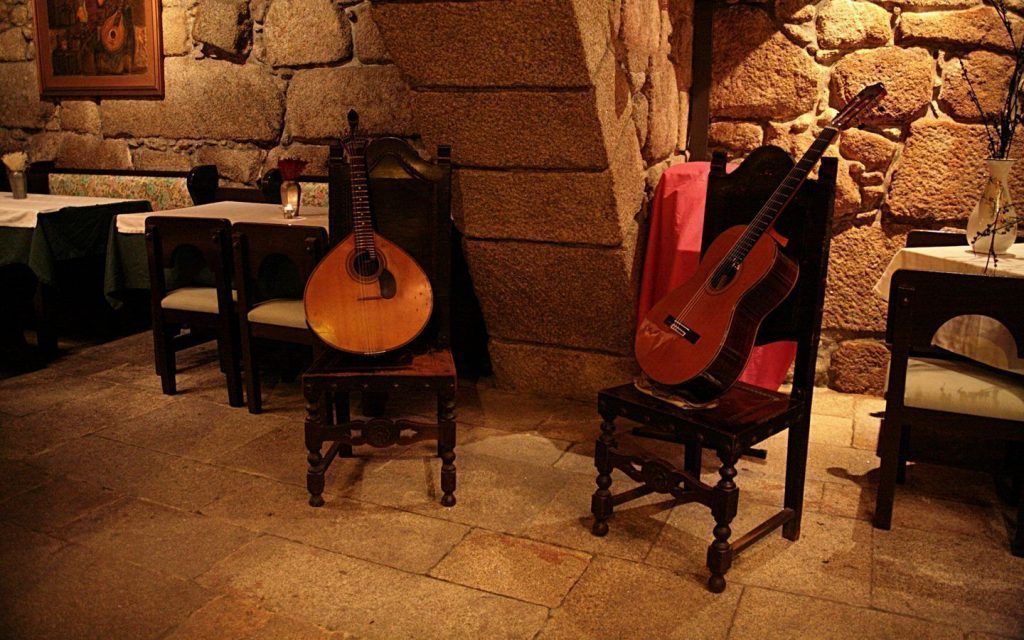 Taberna Real do Fado was inaugurated in 2017, bringing together the legacy of two of the greatest fado bars in the history of the “Unvanquished city” (Taberna S. Jorge and Cozinha Real do Fado). Numerous fado acts frequent the tavern’s stage to everyone’s delight every evening, each with their own twist on the ancient musical genre. The bar’s founder, Carlos Soares, former head of Casa Mariquinhas, has a clear desire: “We want to be present in generation after generation of fado“. Taberna Real is a real luxury for travelers seeking a taste of fado in Porto.

A Casa do Fado

Obviously, we are going to include in our super list Casa do Fado, as it literally translates to “House of Fado”. This venue has a slightly more educational feel to it. In addition to watching a show and enjoying all the food, visitors receive a small introduction to understanding the greatness of fado, and all its (generally unknown) historical importance. One of the most complete and affordable options for visitors on a tight budget. 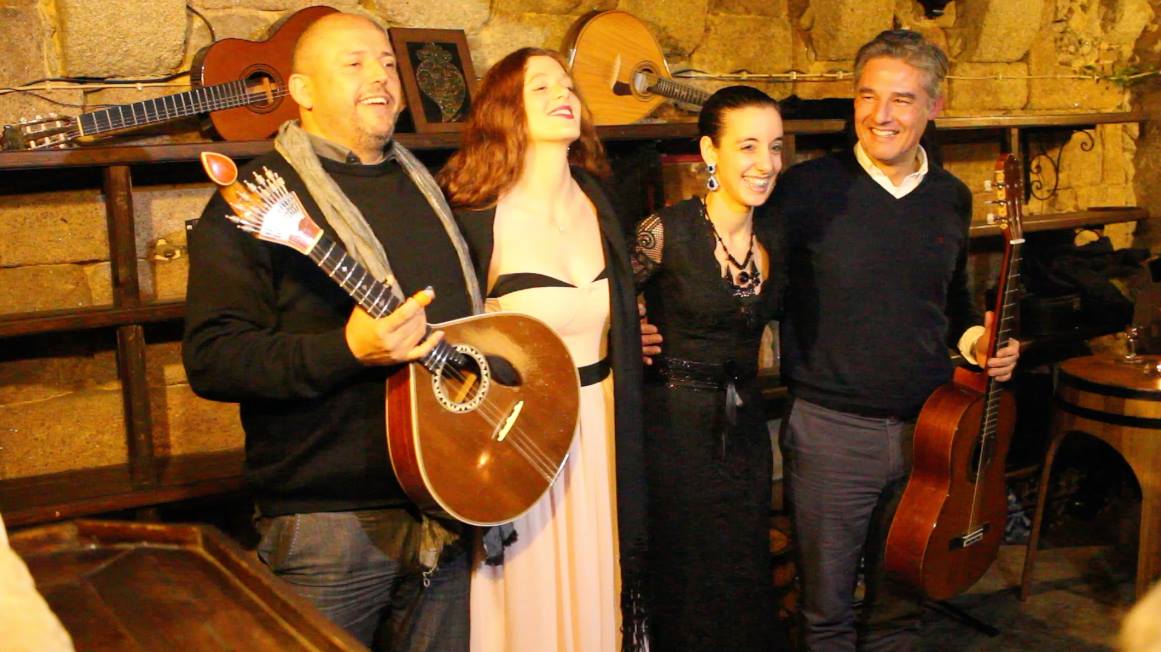 Credit: A casa do fado

To end on a high, why not conclude this tribute to the wonderful Fado music with a quote about just how special it is: “What matters is to FEEL fado. Because fado is not sung, it happens. Fado is felt, not understood or explained” (Amália Rodrigues, the queen herself).

So, now you know everything there is to know about fado in Porto. Let’s listen to Amália’s advice and book that plane ticket, come on down to Cats Hostel Porto and come feel the Fado!