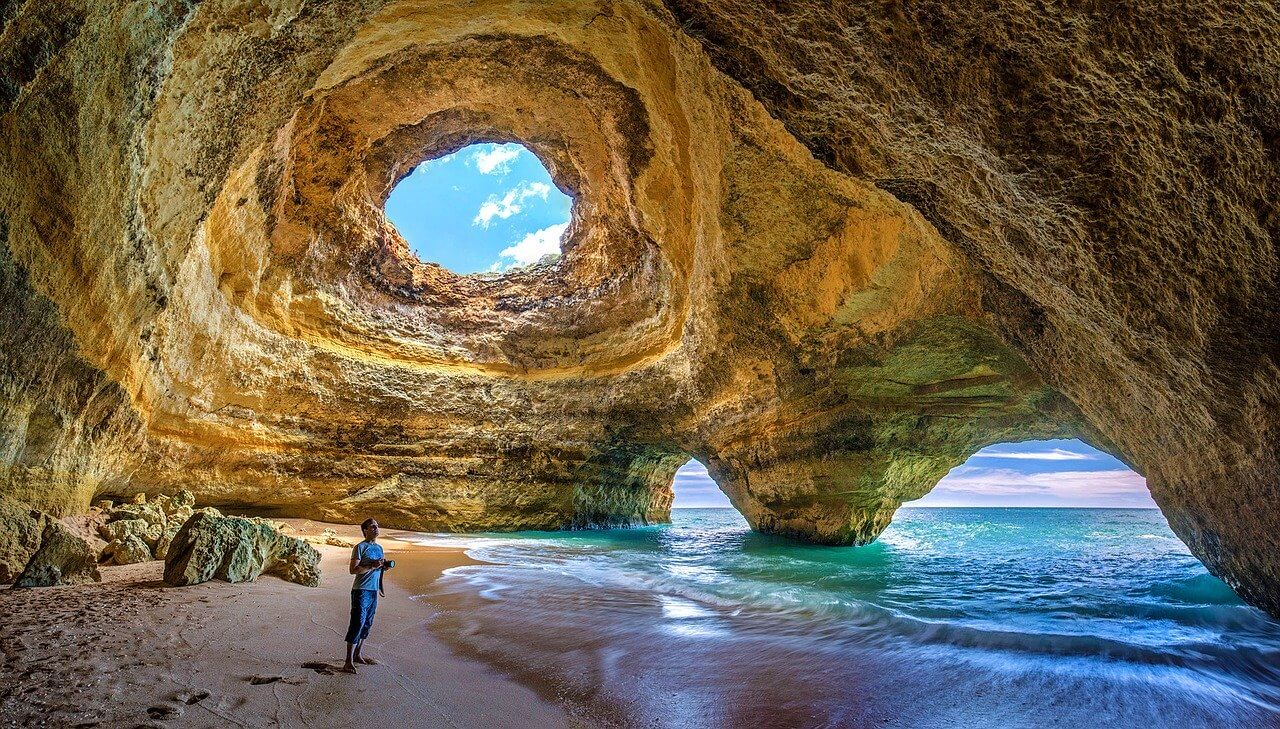 Yes indeed, we love going to a good fado show in Lisbon, sunbathing in the Algarve beaches and drinking wine in Porto, but we know that Portugal has a lot more to offer! From natural parks to historic centers, its fishing villages, or paradisiacal islands. Which of these secret places in Portugal will you visit first?

Lagos is one of the most beautiful coastal towns in Portugal, with a rich history behind it and a great variety of historical monuments in its old town. But perhaps the biggest attraction in the area is La Ponta da Piedade, an area of cliffs and rock formations with marine arches and hidden caves. You can walk the cliffs from the top, descend the stairs to the beach, and navigate among the boat formations by taking one of the organized tours. The best time to visit this place is undoubtedly at sunset when the rocks turn in yellow tones. 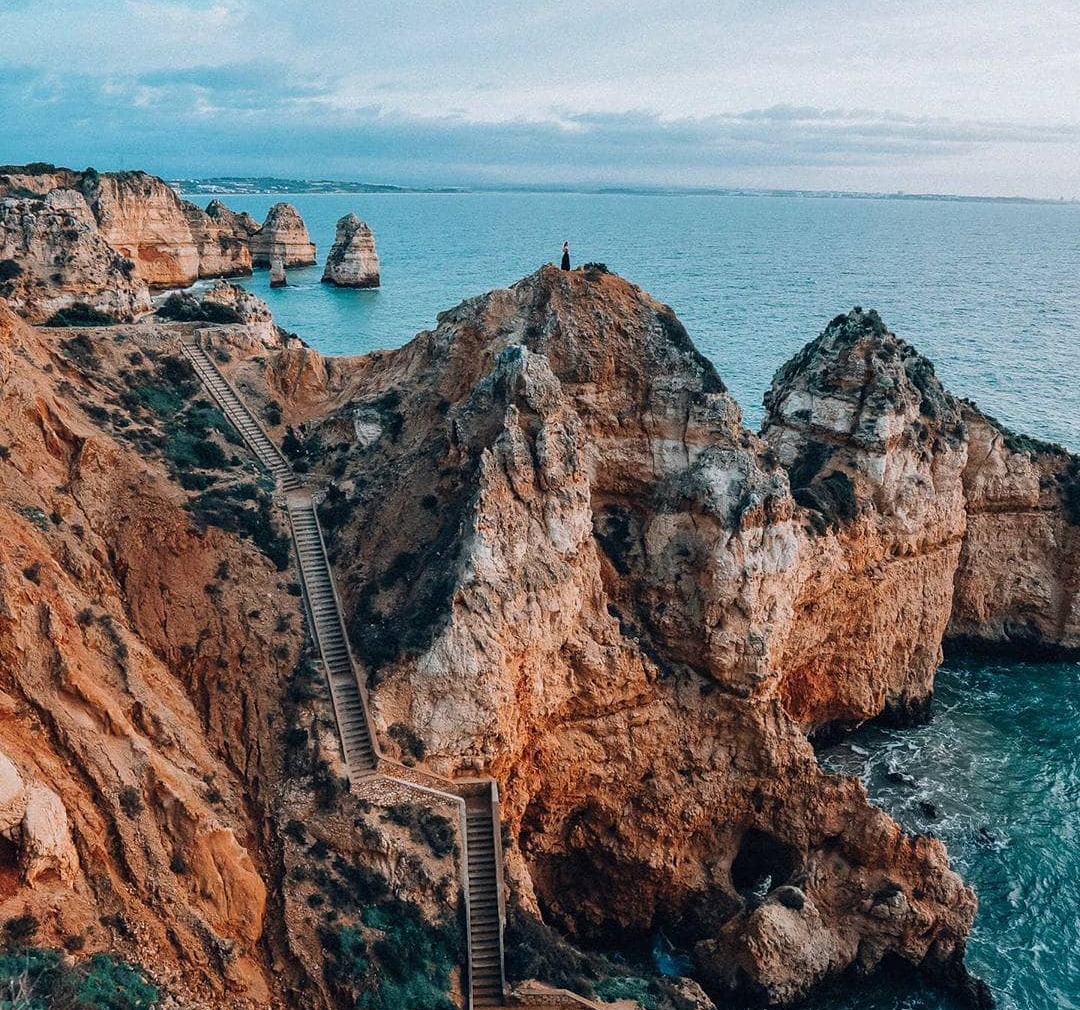 Lost in the Atlantic Ocean, Azores are nine exotic islands perfect for an eco-friendly trip. Only 5% of them are urbanized, and the rest is pure nature. One of the best-known pictures is the spectacular volcanic caldera in São Miguel Island, known as the Sete Cidades. You can go hiking and discovering the beautiful lakes. The best known are Lagoa Verde and Lagoa Azul, but get closer to Lagoa do Canario for a more intimate atmosphere. From there you can access a path that will take you to Miradouro Boca do Inferno. 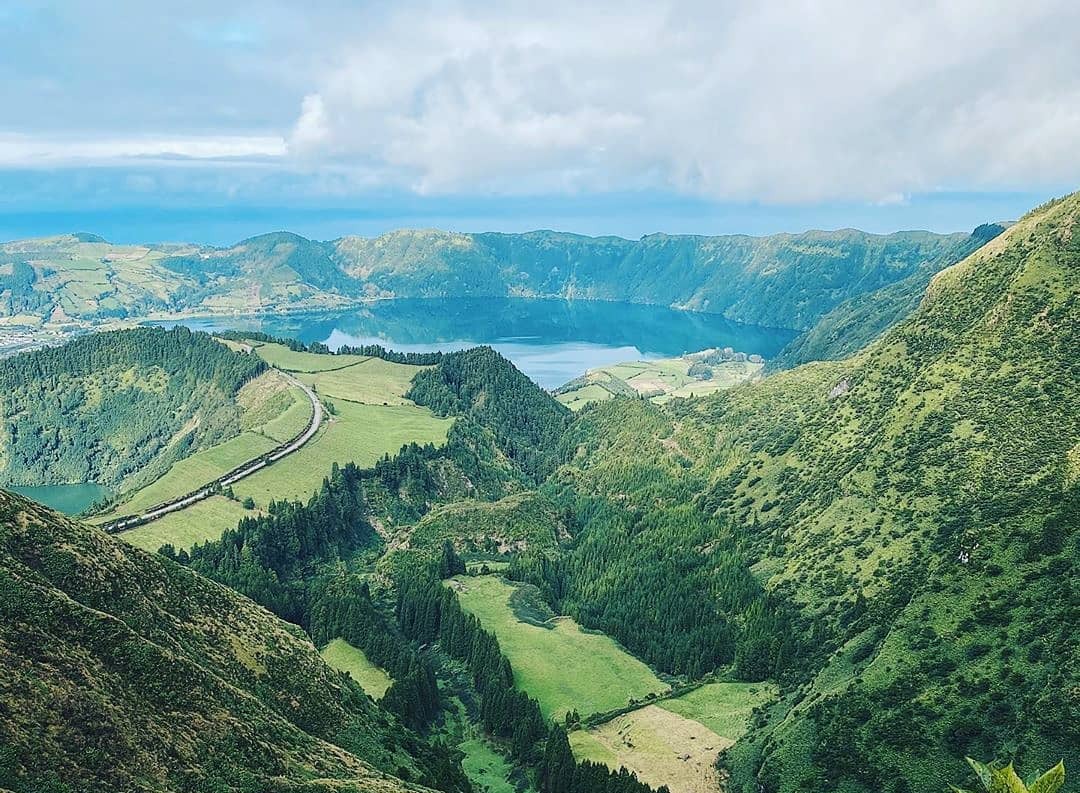 Made up of three islands with crystal clear waters, the coasts of Berlenga Grande, Islas Estelas and Farilhoes-Forcadas are a luxury for water sports and diving lovers. In Berlenga Grande, the São João Baptista fort is linked to the island by a narrow footbridge and was built in the 17th century to protect the island from attacks by pirates and other countries’ armies. It has been partially restored and you can sleep there! You can also camp on the island. Other things to see here are the lighthouse of the Duke of Bragança, illuminated with solar energy, or the ruins of the Monastery of Mercy, from the 16th century. 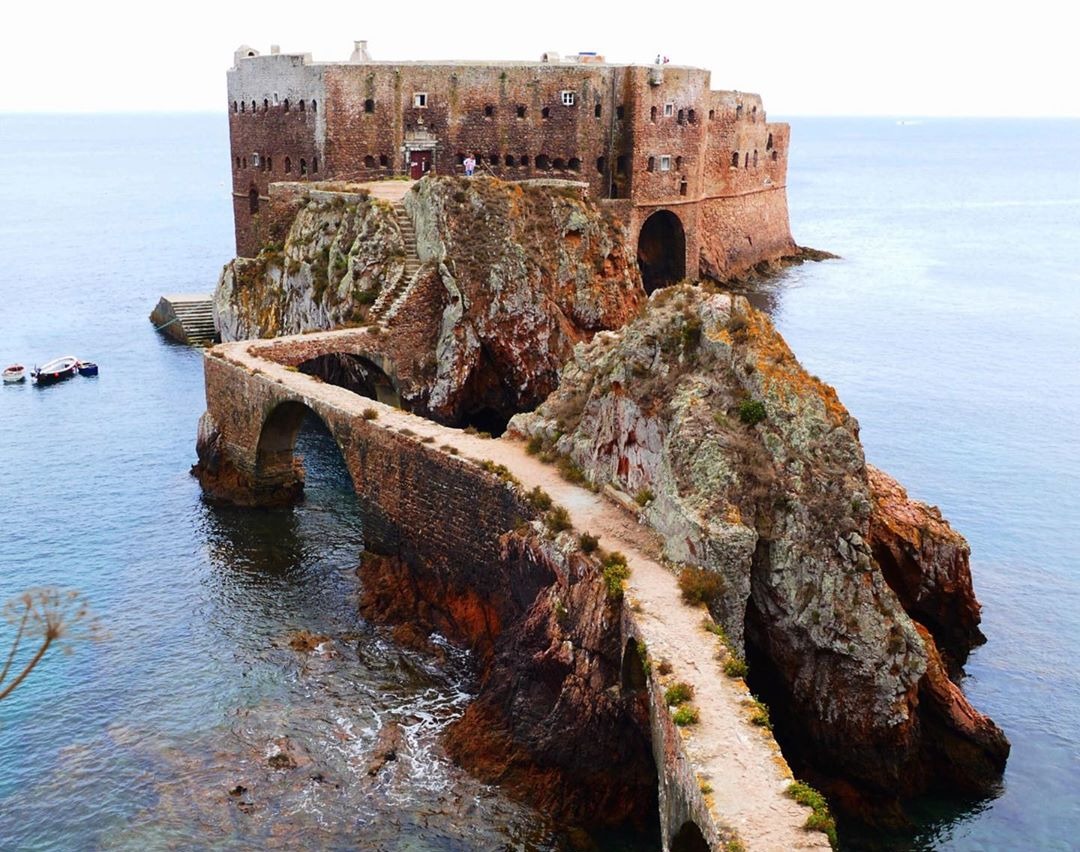 The Passadiços do Paiva is a route of almost 9 kilometers along the Paiva river, where you can breathe fresh air, blend with nature, and see endangered species. It can be accessed from Areinho or from Espiunca. But if you start the route at Areinho, it will be physically less demanding and you’ll enjoy better views of the river from the right side and maybe catch some kayaks descending. If the round trip is too much for you, there are taxis to get from one end to the other. Take swimming clothes, since the passadiço has access to three river beaches! There are also bars that serve fast food. 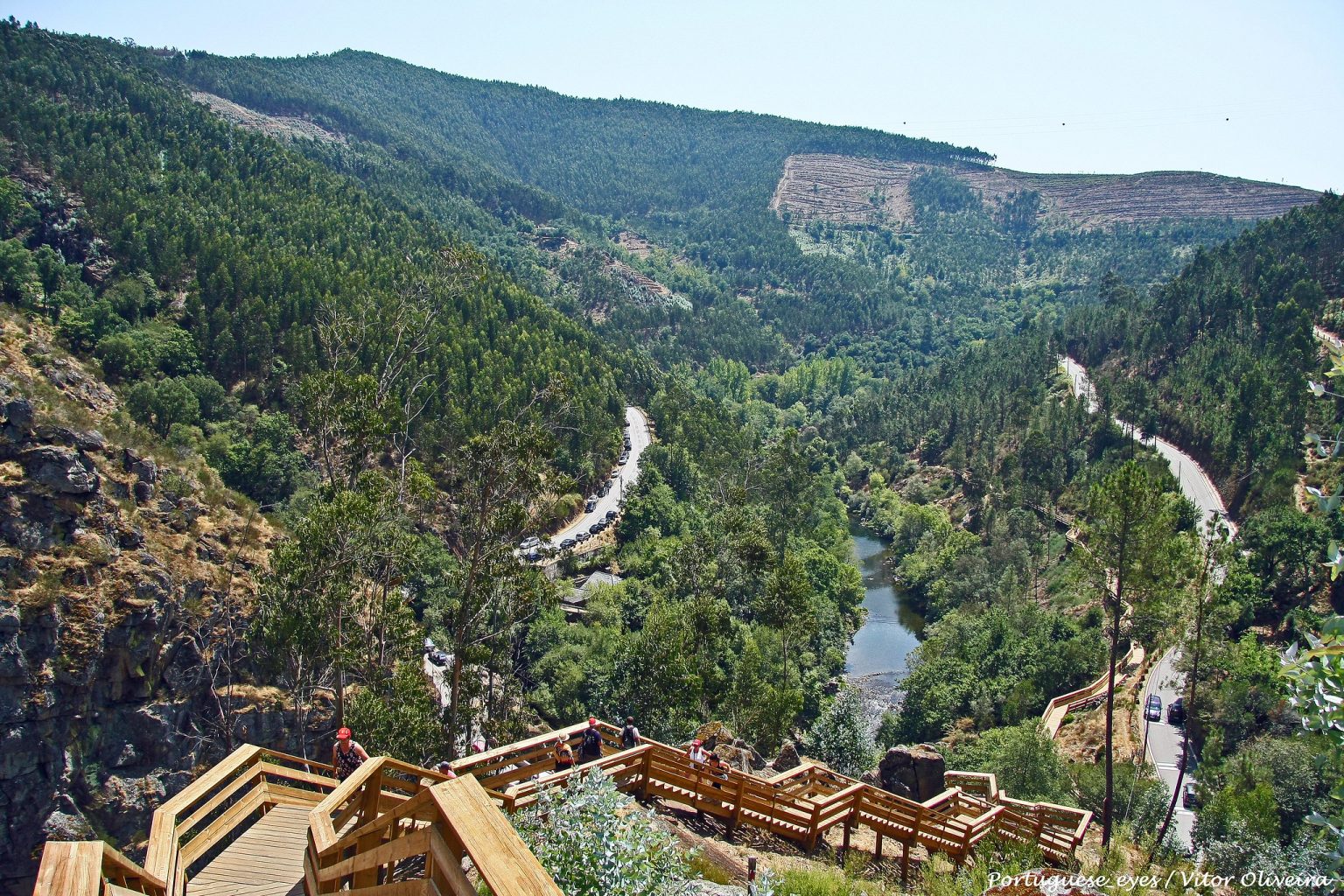 Few places in Europe can boast of having pools made up of volcanic lava, and the island of Madeira is one of them. In these natural pools, the seawater enters naturally and constantly renewed. The space, with an extension of 3800 m2, has a parking, changing rooms, lockers, sun loungers and a bar in summer. A different way to cool off! 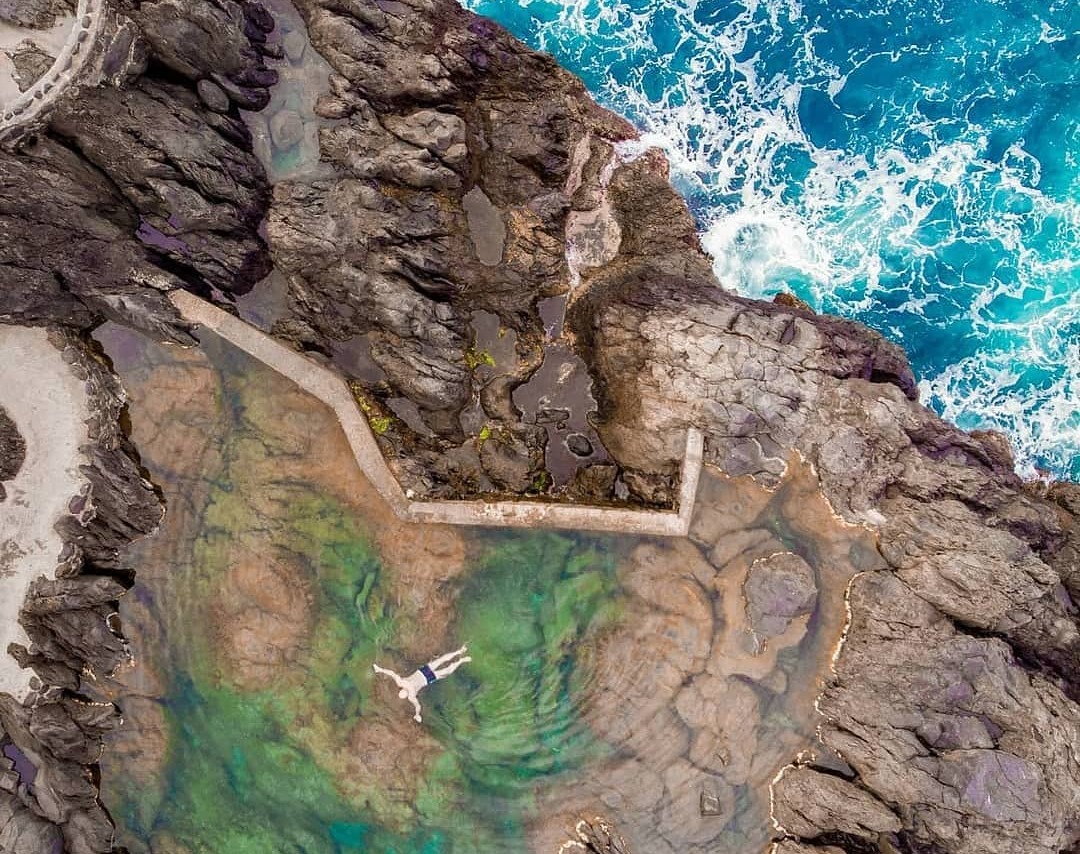 The Southwest Alentejo and Costa Vicentina Natural Park is perfect for coastal road trips! Just make sure to stop at Vila Nova de Milfontes, halfway through. This is one of the least visited areas by foreign tourists, so some stretches of the beach still retain a certain wild charm. Apart from bathing in its wonderful beaches, you can do coastal hiking trails and cycle through its empty roads. And in summer, enjoy a lively nightlife! 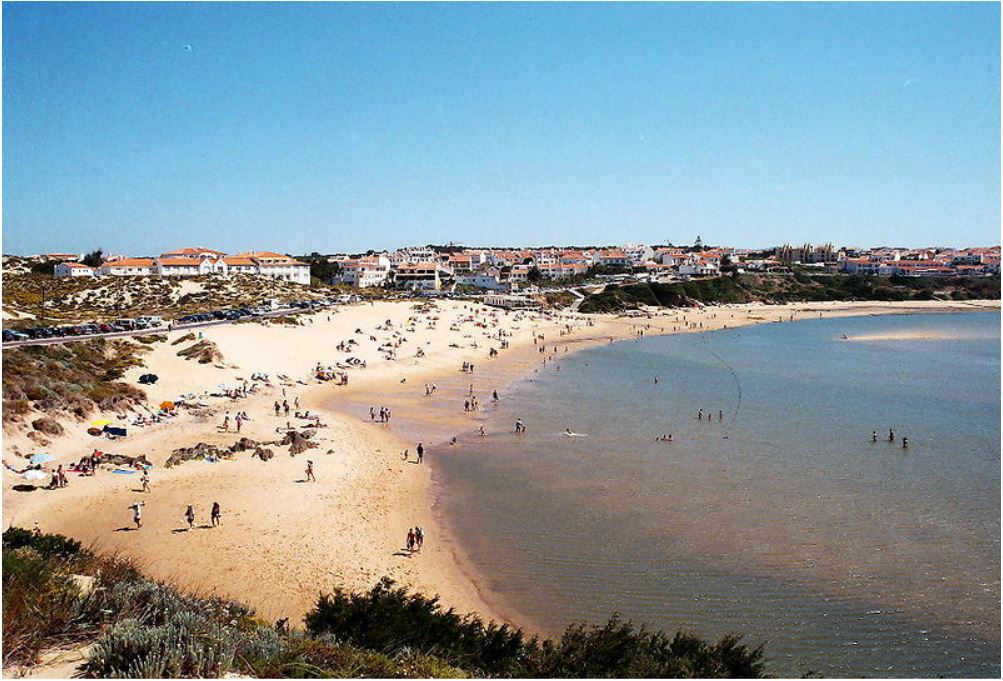 You don’t have to go to Asia to wander through the tea fields. On the island of São Miguel is one of the hidden gems in Portugal and the oldest tea plantation in Europe! The route begins in front of the factory, and it’s a circular path of about 3.4 km that will take you about an hour and a half to complete. When passing a stone bridge, the landscape will change from field to forest! At the end of the visit you can learn more about the tea making process, and of course, try it and take it home! 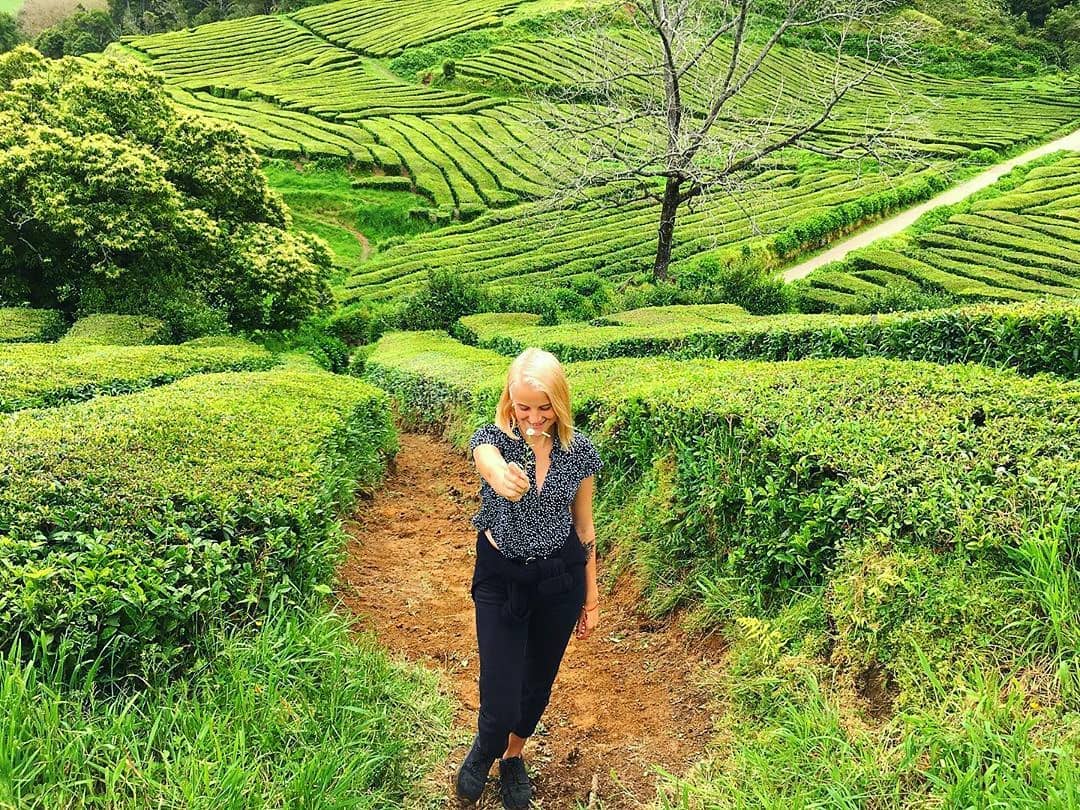 “Am I in Asia?” -you may ask yourself again. No, you’re in central Portugal but in the largest oriental garden in Europe. Its 300 statues of Buddhist art were built in response to the Taliban’s destruction of the Buddhas of Bamiyan in 2001. The park, just an hour from Lisbon, aims to be a space for reconciliation and peace, no matter what your beliefs or religions are.

One of the undeniably magical places in Portugal is located on the north coast, at Praia de Miramar, one of Porto’s beaches. What this chapel end up on a rock at the sea? It’s said that it was the promise of a sailor who witnessed the death closely, but the origin could be another since the history of the hermitage is full of mysteries and legends. In fact, one of the tiles at its entrance tells of a past of pagan rites. 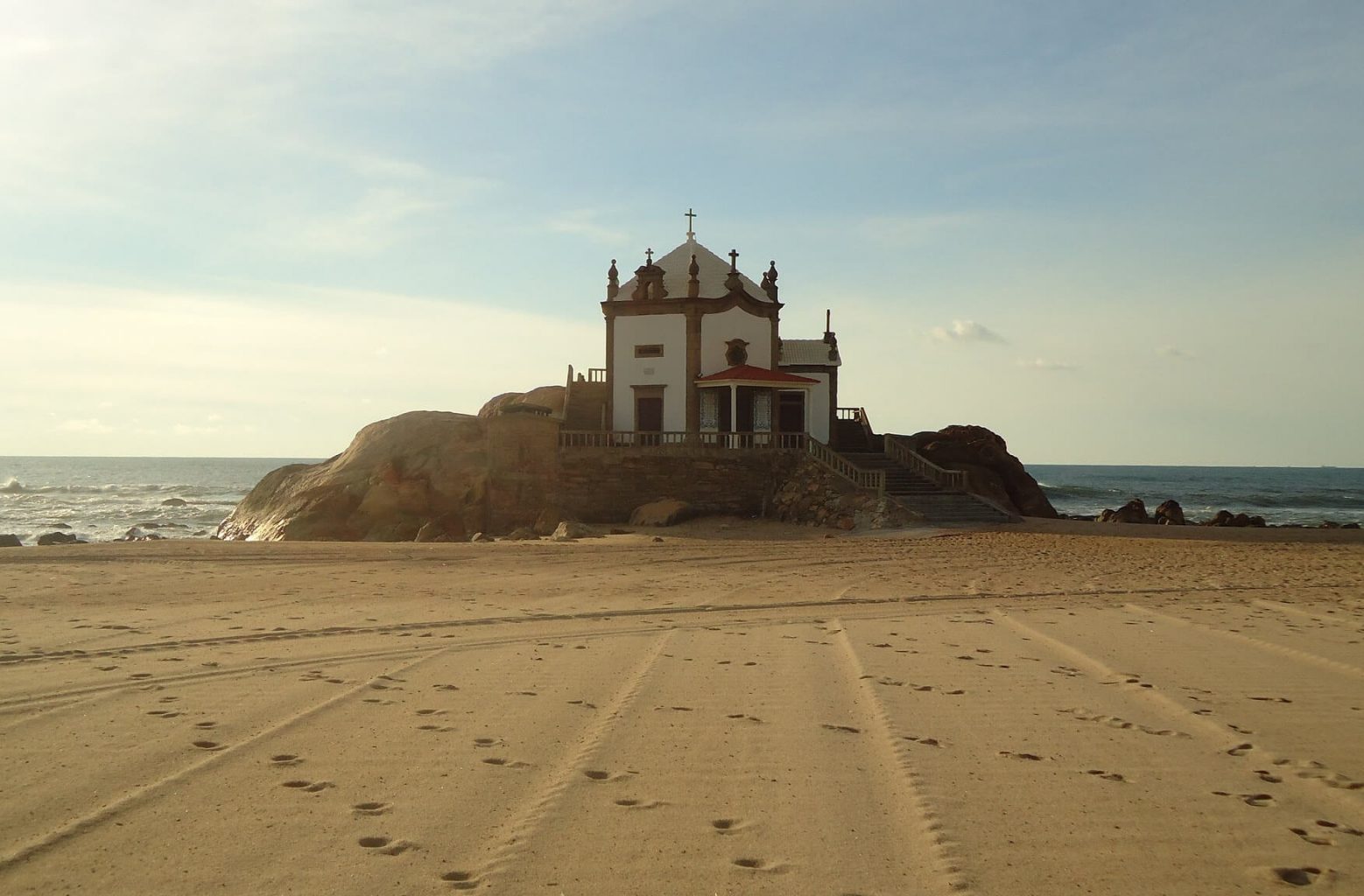 About 10km from the town of Coimbra is one of the secret places in Portugal that lovers of climbing and hiking should know. One of the characteristics of this landscape is the natural formation of some holes in the rocks, known as “mouths of the mountains”. This off the beaten path invites you to imagine the geological past of the Iberian Peninsula and to contemplate the wonderful views of the valleys and mountains of the region. 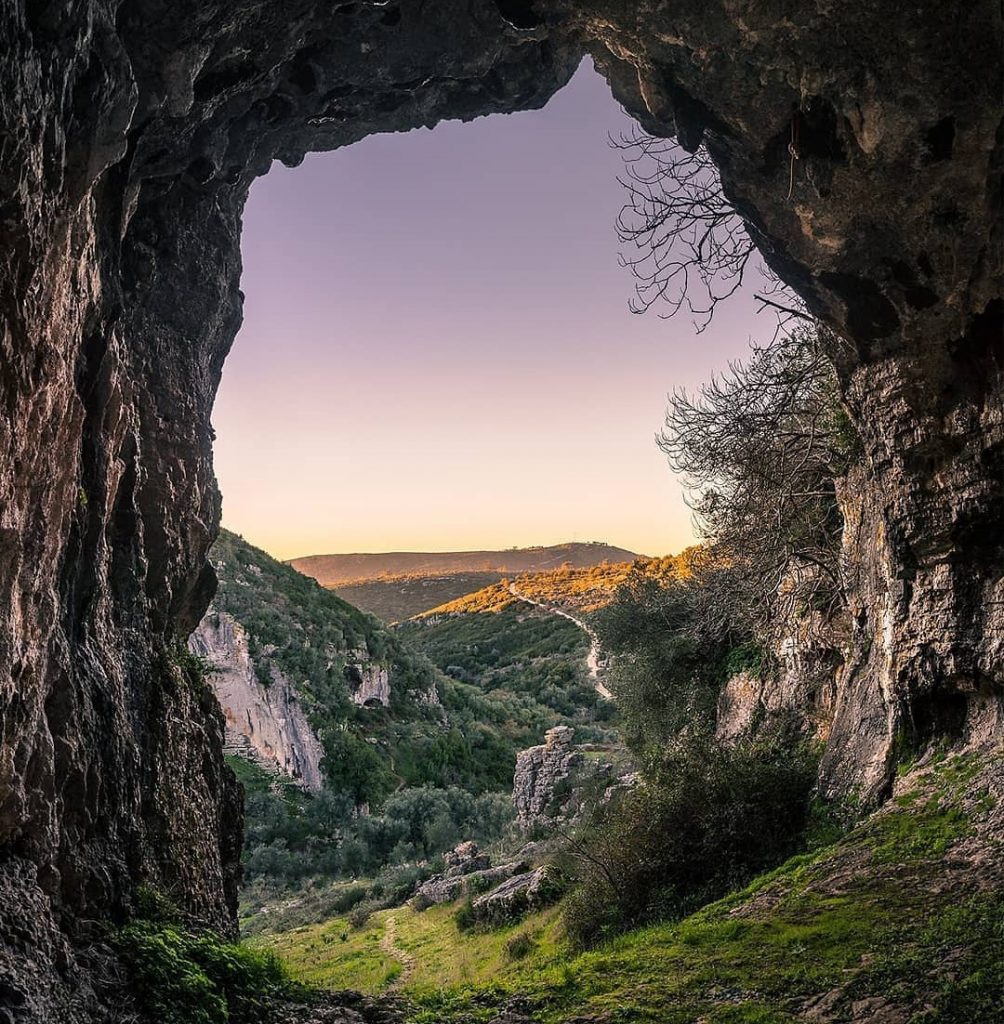 It’s one of the historic small villages of Sierra de Açor, a recovery plan that works to preserve the ethnographic value of this region. The set of small slate houses obtained from the mountain, the church, and the narrow, cobbled, steep streets, gives the most picturesque appearance. Until recently, there was no road to drive into town! Thanks to its remote location and difficult access, it has become one of the secret places in Portugal and one of the most beautiful and best-preserved towns. 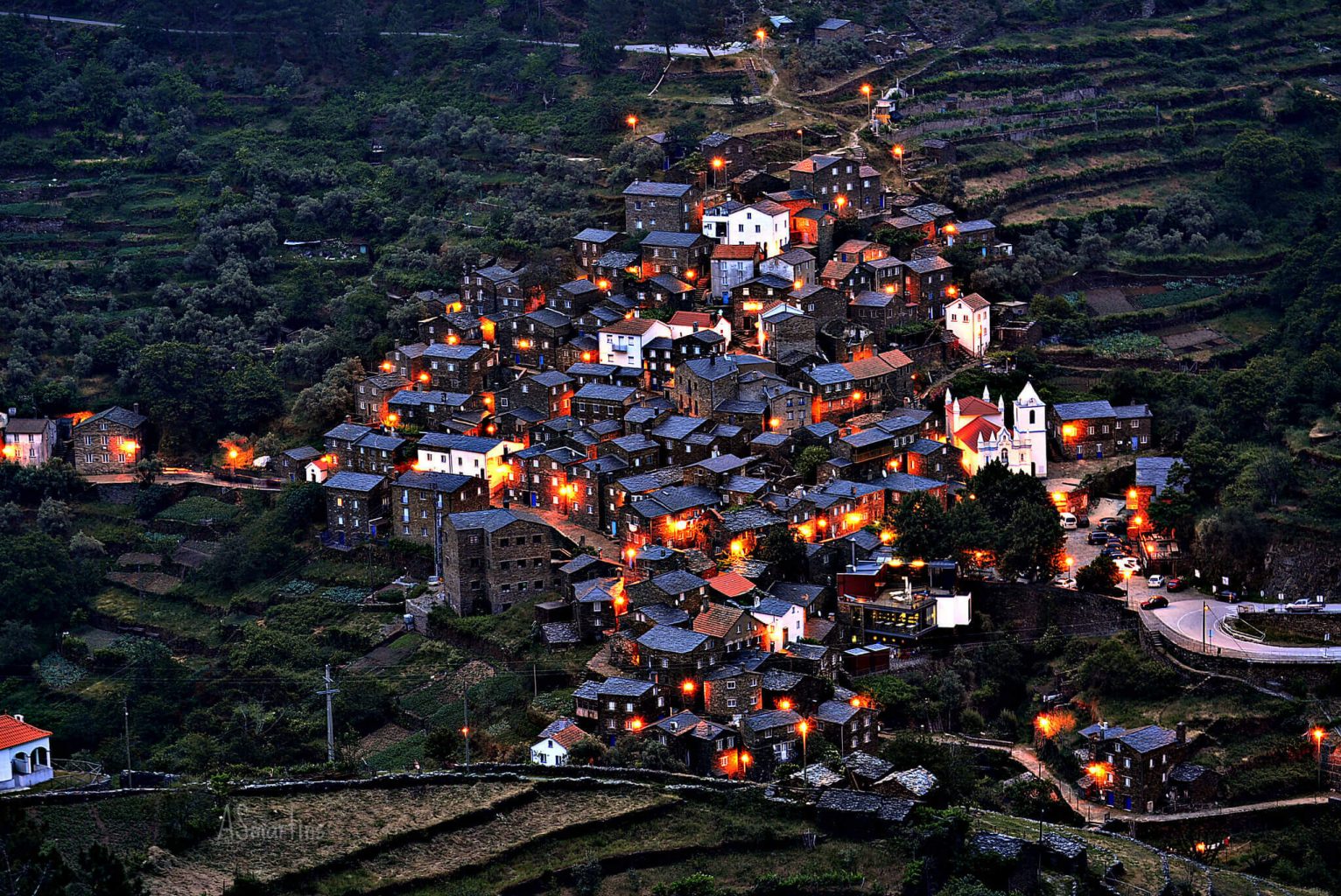 Algar de Benagil is a cave created naturally due to the erosion of the sea and is about 100-200 meters from Praia de Benagil. To get there you can book a boat tour, rent a kayak or swim -only if the sea is in good condition, though! If you want to be on your own and have time to take good pictures, the best option would be to go kayaking… and avoid the months of July and August. Algarve has some of the best beaches to visit in Portugal, the problem is that in summer they are too crowded!

Okay, maybe Sintra is not one of the secret places in Portugal and even less since it was declared a World Heritage Site. But we don’t want anyone to miss one of its hidden gems, the enigmatic Quinta da Regaleira Palace. (We like it even more than the popular Palacio Nacional da Pena!) It’s a Gothic, Romanesque, Renaissance, and Neomanuel style building. You can visit the dining room, the leisure room, the study room, the bedrooms, and the library. But the gardens are equally important (or even more exciting) with a chapel, a greenhouse, a tower, a lake, a mysterious well, and fountains. 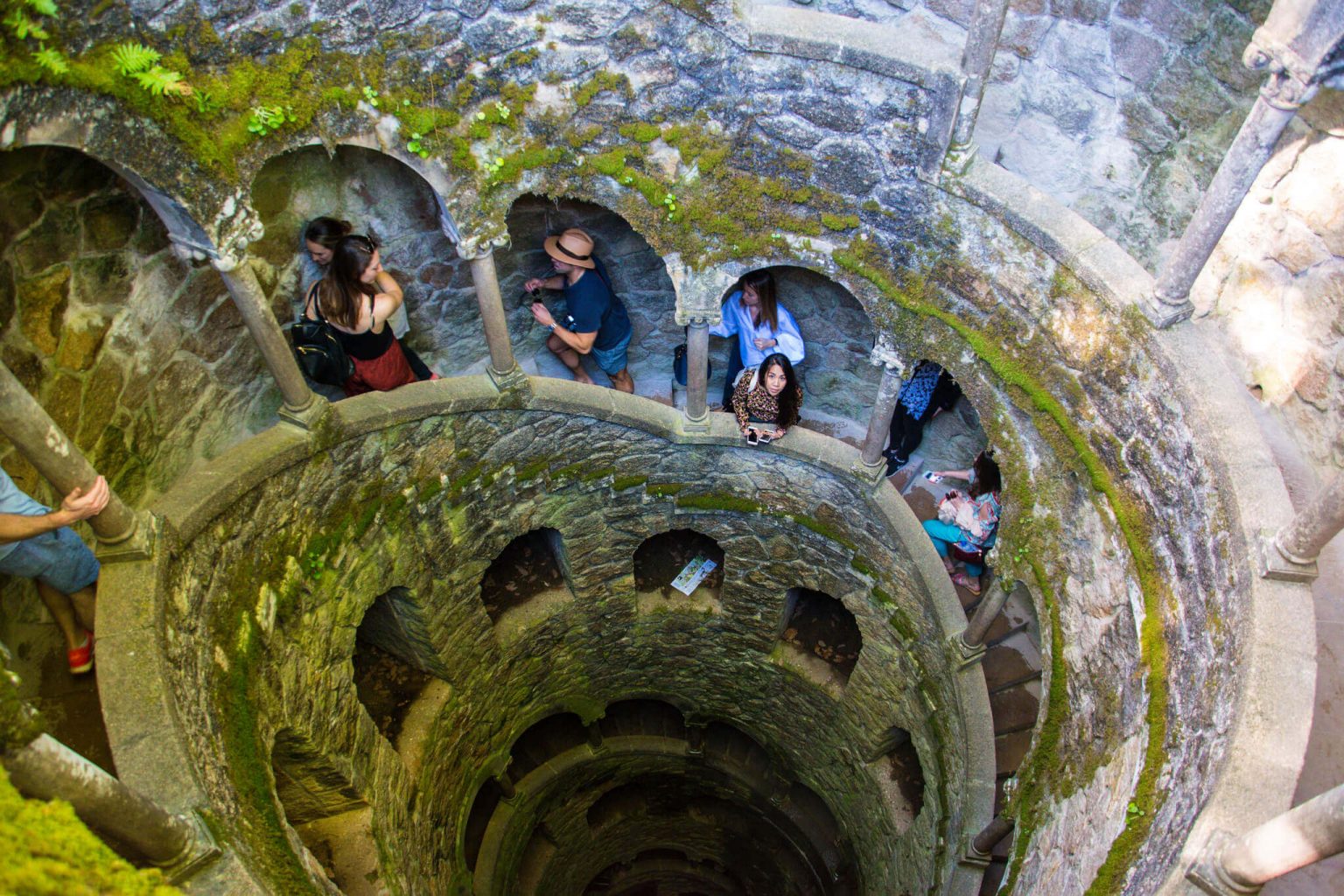 One of the most famous viewpoints in the entire Peneda-Gerês National Park is the Miradouro da Pedra Bela. It offers stunning views to the northwest and southwest. It’s preferable to go on a clear day and observe the mountains, the Caniçada lagoon, and the confluence of the Cávado river with the Clado river. But, even if the weather is not the best – this is a rainy area – it’s still worth climbing. Maybe if you wait for a little bit, the clouds that cover the valley will clear! 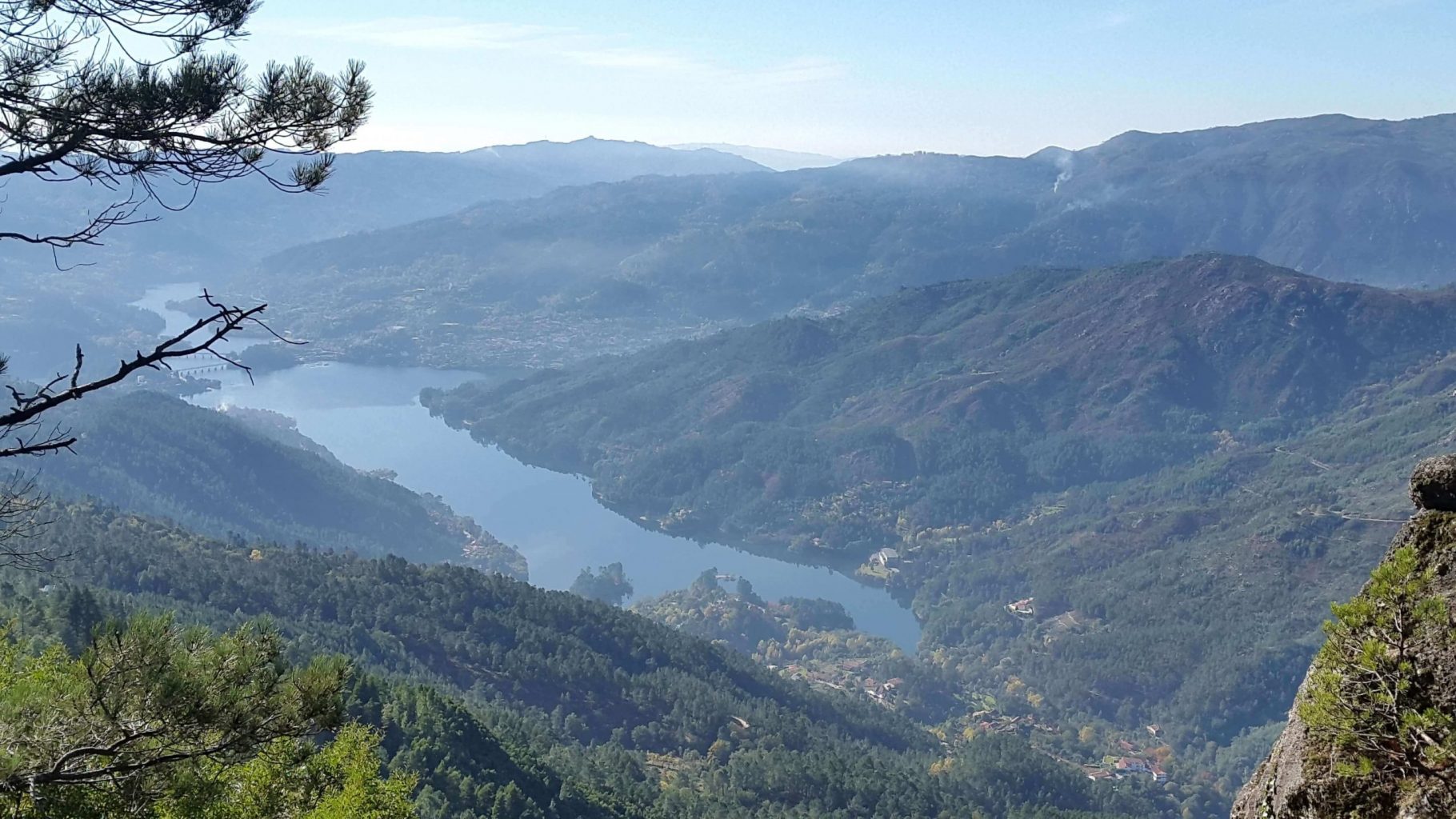